Gabriela Martina is a vocalist, composer, and bandleader who grew up in Switzerland. She spent 13 years living and working in the US (Boston & New York) learning from the people who made Jazz (among many other styles of music originating from the US) as important of an art form as it is today.

Gabriela grew up yodeling with her family and had performances as early as the age of 4. Being raised on a beautiful farm in the heart of Switzerland surrounded by a musical family has influenced her musical path strongly. Martina’s upcoming album ‘Homage to Grämlis’ (2022, delayed by Corona 2020), is a tribute to the farm in the Swiss Alps where she was raised. In spring of 2019 she won the LABgrant from The Boston Foundation, which gave her great support with her album production of ‘Homage to Grämlis’.

In the fall of 2021, Martina had the great honor to receive the arts & culture award 2020 from the arts and culture commission Horw, her home town in Switzerland. This grant will further help the album release tour with ‘Homage to Grämlis’, that is now rescheduled for March 2022. She also received the DIPLÔME DE MÉDAILLE DE VERMEIL from the lauréats Arts-Sciences-Lettres, 2020, in Paris (France).

During the time of the pandemic, Gabriela Martina has composed nine new compositions for my newest album called ‘STATES’. The word ‘States’ refers to the United States of America, but also to a ‘state of mind’, or simply a ‘state of being’. Sounds created with your voice and percussion/drumming as the first human musical elements. I have used them as the core elements for my compositions. Her works include word play, music with words (spoken word) and words with no meaning (gibberish). The release for this album is slated for fall 2022.

Released in 2016 with a four-star review from DownBeat, her album, No White Shoes, represented a major step in the singer’s sojourn as a 21st-century musician. Martina had the opportunity to perform and collaborate with heavyweights like Meshell Ndegeocello, Jack DeJohnette, and Angelique Kidjo. She recorded with veteran drummer J.R. Robinson and was a semi-finalist in the Shure Voice Competition at the 2009 Montreux Jazz Festival, performing with guitarist Lee Ritenour’s band. Martina released a critically hailed EP in 2010, Curiosity, which included her original song “Ain’t Nobody,” a finalist in the American Society of Composers, Authors, and Publishers Foundation Young Jazz Composer Awards in 2012. Martina owns her own booking agency called Red Velvet Sounds and is cofounder and curator of the free improv concert series In Momentum.

In June 2019 she took part in the Central Swiss Yodeling Festival and graduated with top marks. She has also performed in concert venues such as the Berklee Performance Center, Jordan Hall, International Tennis Hall of Fame, State House of Flags and the Scullers Jazz Club. Gabriela has a bachelor's degree from Berklee College of Music and a master's degree from the New England Conservatory of Music, where she studied with Donna McElroy, Jason Moran, Cecil McBee, Miguel Zenon, Frank Carlberg, Dominique Eade, Ken Schaphorst, Jerry Bergonzi among many others.

Martina is passionate about learning more about other cultures, helping to develop a sense for community, and fighting inequality and racism. She is a strong advocate of causes that promote equal human rights independent of religious or political affiliations. From 2009 to 2010, Martina was the founder and president of the Cultural Leaders Club at Berklee College of Music, where students investigated causes and effects in terms of race, gender, and ethnicity issues. Sonic Relief, which Martina cofounded, was awarded the Berklee Urban Service Award 2016 for using music to aid people in need, such as organizing a humanitarian fundraising concert for Syrian refugees, featuring Simon Shaheen and the Lee Swensen Katz Trio in December 2015.

Gabriela Martina has many hidden talents, one of them being cooking which she clearly proved through her cookbook she wrote during the desperate times of the pandemic 2020/2021 called ‘Dinner with My Neighbor’. Read more about her and her vision on her website: https://www.gabrielamartina.com/

“GABRIELA MARTINA’S SWISS ROOTS OFFER AN INCREDIBLE RANGE AS SHE PRACTICALLY YODELS HER WAY THROUGH “NARCISSUS” EN ROUTE TO HER MOSTLY ORIGINALS PROGRAM ON NO WHITE SHOES (SELF RELEASE; 55:42 ★★★★)” – Downbeat, John Ephland

“NO WHITE SHOES OFFERS AN IMPRESSIVE RANGE OF MUSICAL SETTINGS FOR GABRIELA MARTINA’S AGILE VOICE IN HER ORIGINALS AND HER UNEXPECTED TAKES ON JAZZ STANDARDS. […] THE ALBUM IS A STRONG SHOWING FOR GABRIELA.” -Mark Small, Editor, Berklee Today magazine

“GABRIELA MARTINA’S SWISS ROOTS OFFER AN INCREDIBLE RANGE AS SHE PRACTICALLY YODELS HER WAY THROUGH “NARCISSUS” EN ROUTE TO HER MOSTLY ORIGINALS PROGRAM ON NO WHITE SHOES (SELF RELEASE; 55:42 ★★★★)” – Downbeat, John Ephland

“NO WHITE SHOES OFFERS AN IMPRESSIVE RANGE OF MUSICAL SETTINGS FOR GABRIELA MARTINA’S AGILE VOICE IN HER ORIGINALS AND HER UNEXPECTED TAKES ON JAZZ STANDARDS. […] THE ALBUM IS A STRONG SHOWING FOR GABRIELA.” -Mark Small, Editor, Berklee Today magazine

“No White Shoes offers an impressive range of musical settings for Gabriela Martina’s agile voice in her originals and her unexpected takes on jazz standards. Of note are the gorgeous layered a cappella vocals in her treatment of Wayne Shorter’s “Witch Hunt,” the mood swings from the introspective “Us”and “Love Me” to the r&b bump of the title song, and a rocked up take on Dizzy’s “A Night in Tunisia.” Throughout, Gabriela scats liberally while also generously sharing solo time with her very capable band members. The album is a strong showing for Gabriela.” -Mark Small, Editor, Berklee Today magazine

“The vocal range is impressive and the phrasing and not delivery reflect Martina’s unique style. […] For originality and pure voice Martina scores five stars. […] “ – by Derek Ansell, Jazz Journal, UK

“…The songwriting and singing both recall Joni Mitchell—one of pop music’s greatest eclectic artists—and Finnish guitarist Jussi Reijonen turns in a memorable rock guitar solo….An impressive debut. Gabriela Martina has a contemporary sound—similar to artists like Gretchen Parlato or even Norah Jones—but with more emphasis on her own songwriting. It’s a potent blend of jazz and pop, stamped with her own personality and aided by a strong backing band…” -Mark Sullivan from All About Jazz Musician/composer (librarian by profession) with a special interest in bebop-based jazz and experimental music, writer for All About Jazz

“Female jazz singers with a timbre, an expressiveness, a voice range and such a feeling for real good songs you’ll find not so often at the moment. Gabriela Martina’s voice is swinging upwards in the highest heights, and in the next moment she’s trying some scat-singing. Amazing!” -Rainer Bratfisch, Jazz Podium, Germany 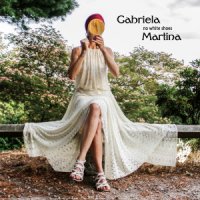 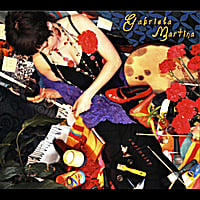 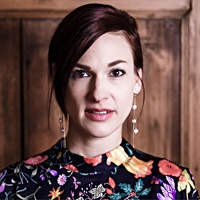 All About Jazz musician pages are maintained by musicians, publicists and trusted members like you. Interested? Tell us why you would like to improve the Gabriela Martina musician page.