Leaving for three months tour in Brazil with Samba do Pagode group SAMBAJAH. 2012: in a European tour with his own BRAZILATAFRO PROJECT (Italy, Germany, Hungary, Romania, Serbia, Germany, Austria and Slovenia) 2011: in a South American tour as lead trumpet for the Crystal Symphony Broadway show band.

Professor of composition & percussions in Latin American, African & Asian musics at the Italian National Conservatory of Music in Pescara (2010) Nominated as BEST JAZZ at the Orange County Music Awards 2008 On the cover of American magazine “Jazz Player” with his own cd play-along (1999)

Mr. Rosati has been released by several independent labels in Europe and the US for a total of 15 cds (from Smooth jazz, afro-cuban, brazilian, big band and classical projects)

Also, he appears on a Video with singer Gerardo titled “Darroumba” for Capitol Records, on Video Music Network, together with singer Vinicio Capossela and other several tv live shows. During his early years he was trumpeter with the Pescara Academy, Swiss Youth Orch., Carabinieri Army Band and substituted for the European Strasbourg Symphony.

Gabriel Rosati Trumpet
“…Never heard such as various rhythms and sounds in one night and one band!.. The “multi-colors” of instruments, harmonies and atmospheres… mostly fresh and original music; a cross styles between Afro-Pop, Jazz, Salsa, Samba, Caribe and Tango?!?.. Great stuff!!..” (Revista Sabor Latino _ February 2008)

“…Never heard such as various rhythms and sounds in one night and one band!.. The “multi-colors” of instruments, harmonies and atmospheres… mostly fresh and original music; a cross styles between Afro-Pop, Jazz, Salsa, Samba, Caribe and Tango?!?.. Great stuff!!..” (Revista Sabor Latino _ February 2008)

"..Brazilian rhythms are front and center in this impressive performance by the Italian trumpeter Gabriel Oscar Rosati, who must have one of the most melodic temperaments in the business. ...This is brass playing of rare excellence." (Jazz Now _ March 2002)

"..Mr. Rosati, the band-leader, performed nightly with the trumpet and vocals and superbly played jazz, latin, brazilian and pop music. He was always a true professional, reacted to the comfort of all Japanese and foreign guests, and was well received by all. Many guests returned several times to hear the group’s performance" (John R.Rolfs _ Osaka Ritz Carlton General Manager 1997)

"..They continuously created excitement throughout the evening. Offering good improvisations and support to the overall complexity and intricacy of their Latin American sounds. Once he played a slow melody with energetic accompaniment. Their results were wonderful!..His group is tight. If you get a chance to see these incredible musicians jump on it." (Vegas Music _ April 1996)

"...Gabriel plays a hauntingly beautiful trumpet. It isn't amplified but somehow there seems to be an echo to the sound, as if he was playing in a big hall or the bull fight coliseum instead of a packed restaurant. The projection is good. The notes are clear and precise..." (California Jazz Now Magazine _ March 1993) 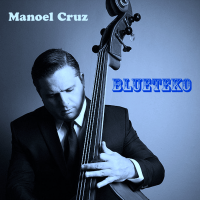 All About Jazz musician pages are maintained by musicians, publicists and trusted members like you. Interested? Tell us why you would like to improve the Gabriel Rosati musician page.