Fathi Tabouche, also known as “Toto” is a drummer and percussionist from North Africa. Before moving to New York City in 2010, Fathi played major festivals in North Africa, Europe and the Middle East. Trained in both classical and contemporary music, Fathi has collaborated on projects ranging from hip hop, rock, jazz and traditional music from Africa. Fathi has performed with the Gypsy Kings, LOorchestre Symphonique, Cesaria Evora, Mory Kante, Youssou N'Dour, Cheb Khaled, Safy Boutella, and composed a tribute to the legendary Miriam Makeba. In 2012 Fathi co-founded Dahka Band. The NYC based group plays major venues and festivals in and around New York City. Fathi also works the nightclub circuit and had drummed for major artists such as French Montana, Cardi B, T-Pain, etc.

Fathi Drums
WNYC The mighty-sounding Dahka Band is based in New York but its members are from Nigeria, Algeria, and Turkey – which means any given song can feature lyrics in Yoruba, Arabic, Turkish, or English. Whatever the language, the undeniably catchy and taut musicianship speaks for itself, as on the song “Hal Denya” – a spiritual call- out and a bouncy dance number wrapped into one.
Last Updated: January 5, 2018 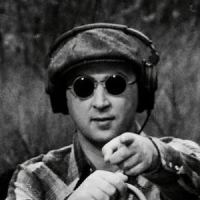 All About Jazz musician pages are maintained by musicians, publicists and trusted members like you. Interested? Tell us why you would like to improve the Fathi musician page.