Evan Mustard is one of the most active jazz guitarists in Portland, OR today. His wide-ranging credits include performances with Lyric Theatre (OK), the Norman Philharmonic (OK), Under the Lake (OR), Jumptown Big Band (OR), Cherry Blossom Trio (OR), Shanghai Woolies (OR), Vanport Big Band (WA), and the Evan Mustard Trio. He is also an instructor and the Program Coordinator at Youth Music Project (OR). He earned his M.M. in Jazz Studies from the University of Central Oklahoma in 2013 after completing his B.A. in Music Performance from the same institution in 2010. In addition to his collegiate work, he has studied with world-renowned guitarists Gilad Hekselman, Rotem Sivan, Bruce Forman, and John Stowell. He plays regularly in the Oregon jazz scene, and has performed at The Jazz Station, The 1905, Wilf’s, Jack London Revue, and the PDX Jazz Festival.

Evan mustard guitar Portland
”For all you music fans, especially jazz fans, Evan Mustard is a name you should keep in mind.” - Noble Vybe

“...it is Mustard's unique ability to combine ease and accuracy that will draw in listeners and leave them wanting more.” - Kelsey Greco, Vortex Magazine 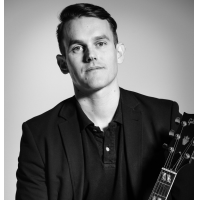 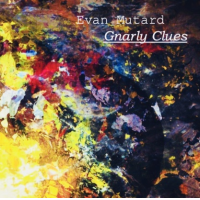 All About Jazz musician pages are maintained by musicians, publicists and trusted members like you. Interested? Tell us why you would like to improve the Evan mustard musician page.