Dreaming with Pick in Mouth
In the mid 80's a unique listening opportunity descended on the jazz lovers of Charlottesville Virginia. Emily Remler and Larry Coryell stayed in Charlottesvile for a short time in order to develop material for a album that they planned. They held spontaneous sessions at a local watering hole, often with no announcement. They did not introduce themselves when onstage, but did introduce the "sitters," those local musicians who often sat in with them.

This sometimes led to rather unusual audience dynamics. The bar was popular with University students, who frequently hadn't got the word on who was playing. Sometimes they would play "quarters" loudly and ignore the activity on stage. Once I overheard the following. "Hey, who are these people, anyway? Not bad, for locals."

This is amusing on many levels. They are numerous expatriot New Yorker jazz locals here who are stars or near stars. At times it seems like everybody here is from New York or New Jersey anyway.

These sessions were rich and we listeners felt rich beyond anything we deserved. The mood swung everywhere: there were feisty moments when things didn't click. Sometimes someone walked off stage. It was a rare opportunity to see two musicians putting together the material for an album, live.

John D'Earth (Trumpet), Robert Jospe (Drums) and a number of local guitarists (including Tim Reynolds, who later played with Dave Matthews) and guitar students sat in during these sessions.

Emily Remler was a rising-star jazz guitarist in the 1980s whose style, influenced by Wes Montgomery, fused hard swing and lyricism with Brazilian and other forms of music, making her one of the most compelling newcomers around. Remler did not let the notoriously sexist barriers of the jazz world deter her from her passion for playing music, and early on she landed a contract with Concord Records.

Her ultimate obstacle, however, proved to be fatal: an addiction to heroin.
Remler died in Australia on May 4, 1990 at the age of 32.

Remler's music remains, she recorded seven albums of hard bop, jazz standards and fusion guitar, East to West, Take Two, and This Is Me, collaborations with Larry Coryell, Ray Brown, and Susannah McCorkle.

Born in New York City, Emily began to play the guitar at the age of ten. Initially inspired by hard rock and other popular styles of music, she experienced a musical epiphany during her studies, from 1976 to 1979, at the Berklee College of Music in Boston, Massachusetts. She began to listen to such legendary jazz greats as Wes Montgomery, Miles Davis and John Coltrane. She took up jazz with a ferocious intensity, practising almost constantly, and never looked back.

After leaving Berklee, she performed in blues and jazz clubs in New Orleans, working with bands such as FourPlay, Little Queenie and the Percolators before beginning her recording career in 1981. She was championed by guitar great Herb Ellis, who referred to her as "the new superstar of guitar".

In an interview with People magazine, she once said of herself:
I may look like a nice Jewish girl from New Jersey, but inside I’m a 50-year-old, heavyset black man with a big thumb, like Wes Montgomery.
(People Mag. 1982)

Recording for the famous Concord label, Emily's albums showcase the diverse influences of a fast developing artist who quickly developed a distinctive style through versions of standard tunes and genres. Her first album as a band leader Firefly won immediate acclaim and her bop guitar on the follow up Take Two was equally well received. Transitions and Catwalk traced the emergence of a more individual voice, with many striking original tunes, while her love of Wes Montgomery shone through on the stylish East to Wes.

In addition to her recording career as a band leader and composer, Emily played in blues groups, on Broadway and with artists as diverse as Larry Coryell, with whom she recorded an album entitled Together, and singer Rosemary Clooney. She played for the Los Angeles version of the show Sophisticated Ladies from 1981 - 1982 and produced two popular guitar instruction videos. She also worked as guitarist for Astrud Gilberto.

In 1985 she won the ‘Guitarist Of The Year’ award in DownBeat Jazz Magazine’s international poll. In 1988 she was 'Artist in Residence' at Duquesne University and in 1989 received Berklee's Distinguished Alumni award.

She married Jamaican jazz pianist Monty Alexander in 1981, the marriage ending in 1984. Two tribute albums were recorded after her untimely death, Just Friends volume one and two, featuring contributions from Herb Ellis, David Benoit, Bill O’Connell and David Beberg among many others. In 2006 the Skip Heller Quartet recorded a song called "Emily Remler" in her memory.

When asked how she wanted to be remembered she remarked:

Good compositions, memorable guitar playing and my contributions as a woman in music…. but the music is everything, and it has nothing to do with politics or the women’s liberation movement. Show less 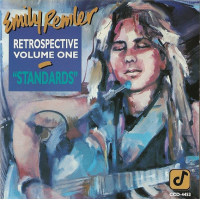 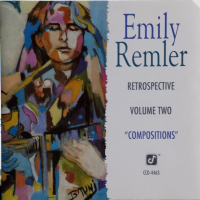 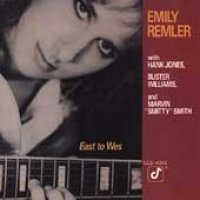 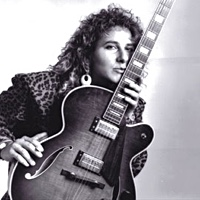 All About Jazz musician pages are maintained by musicians, publicists and trusted members like you. Interested? Tell us why you would like to improve the Emily Remler musician page.