Emily Bezar is an alchemist, a truly unique singer and composer who draws freely from classical, jazz, rock, pop and electronic music to create a sound world all her own. Her soaring voice and keyboard- centric arrangements have earned her comparisons to Kate Bush and Tori Amos as well as to jazz icon Keith Jarrett and prog legends King Crimson. Her songs are kinetic and never predictable, surging from delicate to intense, from open simplicity to opaque density, but always ravishingly melodic. Most of all, they are honest and true, full of passion, elegance, conflict and order.

"Exchange" is her 5th self-produced album of uncategorizable, emotionally compelling music. If this is a jazz vocal album, then her musical references are an elusive, moving target, suggesting as much early 70’s electric fusion as tin-pan alley. If this is a classical vocal album, analyzing whether it is post-post- minimalism or pre-pre-Schoenberg is a hard study. And if it is Art-Rock, well then you’ll have to find some room on the shelf between Hatfield and the North and Kate Bush’s early albums, but that won’t quite be the right spot either.

It’s easy to hear the progression from her previous albums all through this massive 72 minute, 10-song collection. Bezar’s sparkling horn charts for “Heavy Air” and “Climb” recall the perky jazziness of 1996’s "Moon in Grenadine", now expanded to sophisticated arrangements of more depth and color. The nocturnal monodrama “Winter Moon” might be her most confident foray into classical song-form since her solo debut, 1993’s "Grandmother’s Tea Leaves". “Saturn’s Return” and “That Dynamite” are intense and dynamic prog-fusion arias, with all the weight and drama of 1999’s critically acclaimed "Four Walls Bending", an album that established her as an unlikely but undeniable presence on the modern progressive rock stage. And “Strange Man”, the liquid, psychedelic centerpiece of "Exchange", may be the most obvious link back to the ambient electronics of 2004’s "Angels’ Abacus". But as it grooves and morphs into a bubbling, alien-landscape outro, it’s clear this is like nothing Emily has done before and the door opens into a new dimension that she sounds eager to explore.

The band she assembled to create Exchange features a roster of some of the San Francisco Bay Area’s most creative jazz and rock players. Though rich with complex textures, this sounds like a “performed” album and may be Bezar’s most live-sounding recording yet. Bezar produced and arranged the album herself and it was recorded and mixed by rising-star engineer Justin Phelps, who also recorded Bezar’s "Four Walls Bending" and who has recently worked with the Mars Volta, Amanda Palmer of the Dresden Dolls and Trey Spruance of Mr. Bungle fame.

Raised near the beach in Southern California, Emily studied music in the USA at the Oberlin Conservatory and Stanford University, but soon afterwards abandoned a budding career in opera to follow her muse as a songwriter. She joined the acclaimed San Francisco band The Potato Eaters in the early ‘90s, and then struck out on her own in 1993 with her debut solo release "Grandmother’s Tea Leaves", a daring collection of electronic arias and tone-poems. After assembling a new band, two jazz-rock inflected albums followed, "Moon in Grenadine" (1996) and "Four Walls Bending" (1999), which established her as one of the San Francisco Bay Area’s most inventive and respected musicians. Her residency in southern France from 2001-2003 inspired the lush and elec tronic "Angels’ Abacus" (2004), written and recorded in France, London and California over a period of nearly 4 years. An invitation to the Malta Jazz Festival in the summer of 2006 raised her profile on the European music scene but she returned to California to forge the music for "Exchange". She releases her albums on her own, San Francisco Bay Area based label, DemiVox Records. Show less

Emily Bezar Vocalist
“Bezar is a genre unto herself.” Exposé Magazine

“Like encountering Kate Bush jamming with King Crimson.” The Wire

“This is mature, intelligent, beautiful music, deserving of a place in the music library of anyone with a mind and a soul.” Progression Magazine 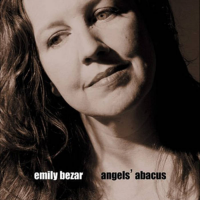 From: Angels' Abacus
By Emily Bezar 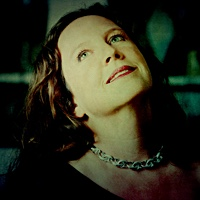 All About Jazz musician pages are maintained by musicians, publicists and trusted members like you. Interested? Tell us why you would like to improve the Emily Bezar musician page.