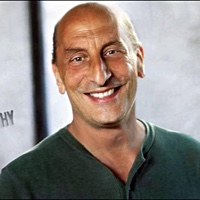 Emilio Palame's acting career is filled with great diversity, from film, television, master of ceremonies and stage, to commercials. Both dramatic and comedic, Emilio has played a very wide range of characters: from Priest, Military General, Detective, Doctor, Therapist, Vagrant, Baseball Coach, to Starship Commander, CEO, Dad, Grandpa, Mafia Kingpin and Record Producer. Through his strong choices, and deep preparation, Emilio lives in these roles with aplomb and authenticity. Casting agents, directors and cinematographers consistently comment that Emilio's work is “grounded, organic, expressive, sincere, and that the camera loves him.”

Next up is 'Knights of Swing' set for release, March 25, 2022 (via Vimeo on Demand). Having produced, arranged, orchestrated, directed and acted in the feature film (as “King Arthur”), the action chronicles the journey of a young group of high school jazz musicians whose dream is to form a really swingin’ Big Band. Set in 1947, they encounter many obstacles but their love for the music brings them all together. The movie features fourteen original compositions by Palame (along with composer/lyricist Rolland Jacks) that highlight the joy of the swing era music.

Equally matched as a musician, he has performed internationally as pianist/vocalist, arranger, producer, and conductor, as well as Film/TV composer, and studio musician. He was accompanist and conductor for the legendary Miss Peggy Lee for 11 years, and has performed/toured with Alphonse Mouzon, Etta James, Andy Williams, the Mamas and the Papas, Sha Na Na, Ernie Watts, Paul Williams, Chuck Mangione, Connie Stevens, Gordon Goodwin, Grant Geissman, Lainie Kazan, and the Hollywood Bowl Orchestra.

Co-music composer for all 110 episodes of the hit Nickelodeon series “Ned's Declassified School Survival Guide,” he's also written and/or orchestrated music for “King of the Hill,” “Fairly Odd Parents”, ESPN, as well as ad campaigns for TWA, and The Travel Channel. Show less

“One of the best indie projects - in any genre! Showing off his raw and bluesy Eric Claptonesque vocals...veteran L.A. based composer and keyboardist Emilio Palame brings his keen jazz sensibilities and explosive sense of improvisation to a high spirited, horn-drenched ensemble...like Chicago...even Steely Dan...” - Jonathan Widran (Jazziz Magazine & All Music Guide)

“This man is a complete musician…The playing is excellent and all the musicians are wonderful...I highly recommend this CD.” - Mike Garson (World renowned keyboardist with David Bowie, Duran Duran, Free Flight, Smashing Pumpkins)

“Urbane and sophisticated...a smart collection of contemporary R&B...23 tracks of pure musicality...from the lyricism of Billy Strayhorn to the dynamism of Earth,Wind & Fire.” - RadioIndy.com

“Powerful music....the writing's dead on ...a great collection of players, horns to shove you into a new dimension and some stellar piano.” - Paul Williams (Multi-Grammy Award winning songwriter)

“It's fabulous!...the kind of keyboard chops we'd all die to have.” - Ernie Rideout (Keyboard Magazine) 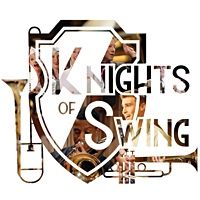 From: Knights of Swing (Music from...
By Emilio Palame

All About Jazz musician pages are maintained by musicians, publicists and trusted members like you. Interested? Tell us why you would like to improve the Emilio Palame musician page.