Chicago saxophonist Dustin Laurenzi has developed a distinctly personal approach to improvisation and composition that has garnered the attention of the city's creative music community. Recognized for his "offbeat approach to articulating harmonies and constructing melodies" (NextBop), Dustin's music is inspired and informed by jazz, folk, improvised music, and contemporary classical music. His wide range of influences and inventive improvisational sensibilities have made him a sought-after musician in many circles of Chicago's rich music scene.

Dustin has been a leader/co-leader of his own projects, Twin Talk, Snaarj, and Natural Language, and a member of the Marquis Hill Blacktet, the Quentin Coaxum Quintet, and Katie Ernst's Little Words, among others. He has released several albums featuring his original compositions, including Twin Talk’s eponymous release, praised by Chicago Jazz Magazine as “a cohesive and original album that brims with a vibrant fluidity and a poetic sense.”

Dustin earned a Bachelor of Music in Jazz Studies and a Performer's Certificate from Indiana University's Jacobs School of Music in 2011. He has performed or recorded with Jeff Parker, Matt Ulery, Russ Johnson, Jeff Hirshfield, Corey Christiansen, Lil BUB's Big Show, the Dave Lisik Jazz Orchestra featuring Tim Hagans, and has recently been featured at the Chicago Jazz Festival, the Hyde Park Jazz Festival, and the Kennedy Center. Dustin’s debut album as a leader, Natural Language, will be released in September 2016 on ears&eyes Records.

Read more articles
“Laurenzi plays with a beguiling cool that belies the sophistication and flexibility of his lines” Peter Margasak, Chicago Reader ​ ​ "Laurenzi’s playing here is superbly winning; it’s like listening to a human voice." Robert Rodi, Newcity Music ​ ​ "Laurenzi plays with a sense of economy, using a strong narrative to make points without the need to show flash." Michael Shanley, Shanley On Music ​ “Laurenzi’s tenor tone has something in common with cool players such as Zoot Sims. However, Laurenzi’s soloing — not aggressively radical, yet still steering clear of any clichés — is more along the lines of fellow Chicagoan Ken Vandermark.” Jack Walton, South Bend Tribune ​ "...Laurenzi instead went for emphasizing those lines that showed an offbeat approach to articulating harmonies and constructing melodies." Alex Marianyi, Nextbop ​ ​ "...a modern voice and a quiet storm." Mike Lebrun, The Woodshed Blog 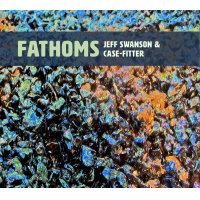 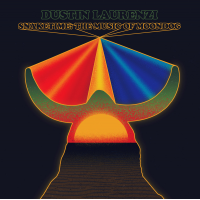 From: Natural Language
By Dustin Laurenzi

All About Jazz musician pages are maintained by musicians, publicists and trusted members like you. Interested? Tell us why you would like to improve the Dustin Laurenzi musician page.