Doombalaya showcases it’s new sound and direction with the full-length record Dinner. Boasting 7 original pieces and 3 arrangements, songwriters and arrangers David Bode, Ethan Stern, and Nick Benoit have truly found their own voice and have discovered a way to utilize the large band format for their sound.

Dinner. contains forays into Afrobeat, Funk, Jazz, Rock, and Video Game music. Every track on the record has its own flavor and together it all forms a cohesive stew, a gumbo with a powerful New Orleans flavor.

Formed in 2009, Doombalaya was created as an informal jam session but over the last four years has become a significant act with its own voice. Each member has done extensive traveling around the world and looks to each culture as an inspiration for their sound. Their original music blends Afrobeat, Funk, Hip Hop, RnB, World, Rock, and Jazz music. Boasting a fiery four-man front horn section, they have also had guest artists perform on stage with them such as Mike Watson, Jeremy Phipps, and Black Sol. Doombalaya has played shows with artists such as Johnny Sketch and the Dirty Notes, Nasimiyu, The Honorable South, and Phil the Tremolo King at venues in uptown and downtown New Orleans including a weekly gig at the Howlin’ Wolf Den and regular performances at the Maison, Banks Street Bar, Mojitos, Circle Bar, Café Istanbul, the Hi-Ho Lounge, Siberia, and many other New Orleans venues 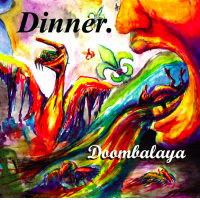 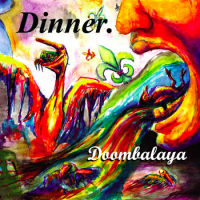 All About Jazz musician pages are maintained by musicians, publicists and trusted members like you. Interested? Tell us why you would like to improve the Doombalaya musician page.