Derel Monteith is a pianist, keyboardist, and composer based in Illinois. After focusing on classical piano during his childhood in North Carolina, Derel developed an affinity for improvised music and earned a degree in jazz studies from the University of Miami. Among others, he has performed with Nnenna Freelon, Vanessa Rubin, Frank Foster, and the Artie Shaw Orchestra, and studied with the Grammy-winning composer Maria Schneider. In 2015, Derel formed the Derel Monteith Trio, which focuses on his original compositions and instrumental covers of rock songs. His other primary outlet is fully improvised solo piano. Both on his own and through his trio, Derel has honed a modern, melodic approach that makes him an engaging artist.

Derel Monteith is a pianist, keyboardist, and composer based in Illinois. Derel was born and raised in Charlotte, North Carolina, where he was a competing classical pianist and avid rock music fan throughout his childhood. He developed an affinity for improvised music while working at a record store in high school, where he discovered the music of pianist Keith Jarrett as well as the electric jazz-rock of Miles Davis. That music and the work of pianist Kenny Kirkland and saxophonist Branford Marsalis with Sting inspired Derel to study classic acoustic jazz in college.

He went on to earn a music degree from the University of Miami, where he double-majored in jazz studies and audio engineering and began writing, performing and recording his own music. During music school, Derel's influences expanded to include many jazz masters, including pianists Herbie Hancock, McCoy Tyner, Thelonious Monk, Chick Corea, Wynton Kelly, and Bill Evans, as well as composers Wayne Shorter, Billy Strayhorn, Duke Ellington, Charles Mingus, and Horace Silver. He also developed an interest in composers who have risen to prominence more recently, such as Maria Schneider, Vince Mendoza, and Jim McNeely.

Derel has led many jazz small groups and been an active sideman, particularly in North Carolina and Illinois. Among other artists, he has performed with Nnenna Freelon, Frank Foster, Vanessa Rubin, Greg Ward, Jim Snidero, and the Artie Shaw Orchestra, and has studied with the Grammy-winning composer Maria Schneider as well as Ron Miller, Vince Maggio, Jim McNeely and Frank Kimbrough.

Derel also holds a law degree from the University of North Carolina at Chapel Hill and currently balances his music career with his career as an intellectual property attorney for a large company.

His other primary outlet is fully improvised solo piano. Both on his own and through his trio, Derel has honed a modern, melodic approach that makes him an engaging artist. Show less 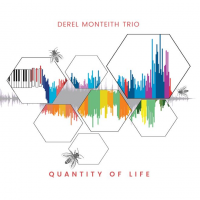 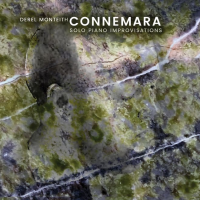 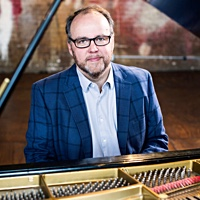 All About Jazz musician pages are maintained by musicians, publicists and trusted members like you. Interested? Tell us why you would like to improve the Derel Monteith musician page.