Dayramir (DY-ruh-meer) Gonzalez’s journey may have begun in Cuba, but there’s been no shortage of mileposts lighting his diverse path. An internationally praised pianist and composer, he’s been hailed for his ‘monster technique’ and prolific creative range which melds rock, pop, jazz and Afro-Cuban stylings.

Born in the humble Havana neighborhood of Cerro, during what is referred to in Cuba as “the special period” known as one of the toughest economic times in the country’s history, Dayramir’s life centered on music.

His father was Afro-Cuban jazz trumpeter, Fabian Gonzalez, a driving force and inspiration as Dayramir discovered the piano at the age of 8. He would eventually be accepted into Cuba’s famed National High School for the Arts (ENA). Nurtured by noted singer and percussionist Oscar Valdes (from the legendary band Irakere), the young prodigy was selected at 16 to become an original member and pianist for Diakara, another seminal band founded by Valdes.

Later, while in his third year of high school, Dayramir would be recruited by Cuban legend Giraldo Piloto to join Klimax, helping to shape the sound of that renowned group. Accruing such an impressive list of credits, he began to excel in festival competitions as well. In 2005 he won first place in Havana’s JoJazz festival in the composition category, winning a record deal with Cuba’s national label Colibri. He recorded his first album, released in Cuba in 2007, and titled “Habana enTRANCE,” displaying his skills as artist, bandleader, and composer. The album would go on to win three Cubadisco awards, considered the Grammys of Cuba.

Dayramir was accepted into Havana’s prestigious Instituto Superior de Arte (ISA) where he strengthened his burgeoning composition skills under the tutelage of master Juan Pinera. Next, he was awarded a musical scholarship to Boston’s revered Berklee College of Music in the U.S., the first Cuban national to receive a full scholarship. Dayramir graduated Summa Cum Laude in 2013, showered with an array of accolades while enrolled: He was signed to Berklee’s Jazz Revelation Records and included on their acclaimed compilation album, as well as being selected as one of their top 5 pianists in their annual Piano Gala. He also performed at New York’s Carnegie Hall as part of their Vocies Of Latin America series, which was chronicled in the Wall Street Journal. He received the Wayne Shorter award for Most Outstanding Composer of the Year upon graduation. Dayramir has come into his own as a New York City based artist/composer and bold musical force with his bountiful U.S. debut “THE GRAND CONCOURSE” Machet Music/Orchard). The 5-track EP dazzles as an expressive showcase of Dayramir’s immense talent and sweeping musical vision. Dayramir’s knack for weaving a mosaic of both traditional and cutting-edge inspirations is not solely tethered to his daring blend of genres. The vibrant THE GRAND CONCOURSE embraces the pulse and mystique of New York City, as well as the allure of early 20th Century Cuban sonic leanings and the cultural roots and myths of sensually fused Yoruba religious elements (Cuban-centric Yoruba beliefs identify both natural and spiritual characteristics as part of its foundation) elevated by Dayramir’s 21st Century precision.

“Promising newcomer Dayramir González can be added to the pantheon of distinctive Cuban jazz voices. This Afro- Cuban pianist, composer, and arranger is setting the Latin jazz world on fire in America.” – Carnegie Hall

“Pianist Dayramir Gonzalez has been a star in Cuba from age 16, when master percussionist Oscar Valdés (from the legendary Cuban group Irakere) chose the young prodigy for his new band. Nearly 15 years later, Gonzalez has achieved success away from his homeland, performing at Carnegie Hall and in venues across Europe, the Caribbean and North America. His refined yet bravado-infused pianism naturally extends the brilliant legacy of Cuban jazz pianists from Bebo Valdés to Chucho Valdés to Gonzalo Rubalcaba.”- LA Weekly

-“Dayramir Gonzalez belongs to those musicians who capture you in the room and make you feel just one thing, the immense desire of remaining near his magic piano.” - Jazz Casual

“Gonzalez has a monster technique that could be the envy of many a classical keyboard artist...He whizzes through it all with accuracy and a sense of daredevil showmanship.” - Florida Classical Review

“His music sounds as if it were making the mind travel on an epic journey…a kind of music that suggests a whimsical romantic entanglement.” – Fox News Latino 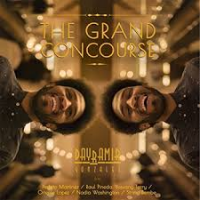 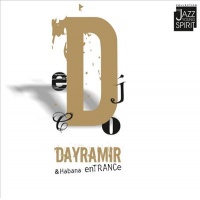 All About Jazz musician pages are maintained by musicians, publicists and trusted members like you. Interested? Tell us why you would like to improve the Dayramir Gonzalez musician page.