David Kane was born in Scotland in 1955 and is a dual national of the US and UK. He started composing and playing piano at the age of eight. After moving to the US in 1965 he took up the clarinet and saxophone and started studying seriously in his early teens. After he moved to Washington DC 1975, he embarked on a five year period of intensive study with the legendary teacher, Asher Zlotnik. He also studied with Ludmila Ulehla, Alan Mandel and had lessons with Clare Fischer during this period. Thereafter he began his professional career in earnest. He currently lives in a suburb of Washington DC with his wife, Cynthia and his daughters, Celeste and Ariel.

Pianist: David Kane is recognized throughout the Washington, D.C. area as a musician who is equally at home performing jazz or classical music. Over the years he has played for an impressive list of jazz stars, including

He has also recorded four CDs as a leader in addition to recordings with others such as Rumba Club, Craig Fraedrich, Tthe US Airmen of Note, Rick Lillard, Eddie Vann, Lisa Rich, Dave Liebman, Drew Gress, Craig Fraederich, Pam Bricker and countless studio dates for others.

in addition to many chamber music and recital performances 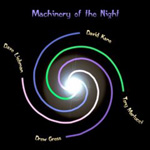 Machinery Of The Night 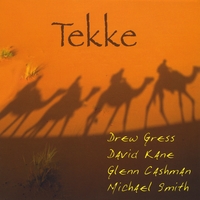 From: Tekke
By David Kane

All About Jazz musician pages are maintained by musicians, publicists and trusted members like you. Interested? Tell us why you would like to improve the Herbie Hancock musician page.