Trombonist David Gibson has enjoyed a varied musical career which is deeply rooted in the genres of jazz and funk. While reared in Oklahoma, Gibson’s musical journey steered him to New York City. Jazz luminary Curtis Fuller said about Gibson, “Out of all the young players I hear in the music today, David is one of very few who speaks the language of jazz”.

David’s newest recording, “End of the Tunnel” is currently available from Posi-tone Records. It’s a set of music that evokes the essence of 60’s Blue Note Soul-Jazz in combination with the modern elements you’d expect from today’s current crop of jazz musicians. The mixture of trombone, alto saxophone, organ and drums presents the listener with an assortment of sonic moods while staying grounded in the fundamental groove and swing.

Gibson’s early experience in New York had him performing with Slide Hampton, Jon Faddis, Roy Hargrove, Jimmy Heath, James Moody and others. In 2003, he was a finalist in the Thelonius Monk International Trombone Competition and subsequently released several recordings, as a leader. Posi-tone’s 2009 release, “A Little Somethin’” marked the debut of David’s current ensemble with organist Jared Gold, saxophonist Julius Tolentino and drummer Quincy Davis. Though Gibson’s compositions make up the bulk of their music, this eclectic group’s repertoire also runs the gamut with arrangements of material from Wild Bill Davis to Carole King.

David is busy performing with and composing for many diverse artists in New York City, including Roy Hargrove, Orrin Evans, George Gee and Nickel, in addition to teaching at SUNY Geneseo and Columbia University. Legendary trombonist/composer Slide Hampton says, “David Gibson is one of the very talented, truly dedicated musicians on the New York scene today.” 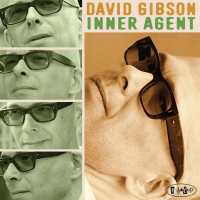 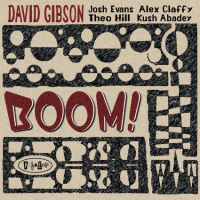 End Of The Tunnel

From: A Little Somethin'
By David Gibson

All About Jazz musician pages are maintained by musicians, publicists and trusted members like you. Interested? Tell us why you would like to improve the David Gibson musician page.