Daryl Hayott is a mainstay in the world of Fusion and Brazilian Jazz. He was born in Sao Paolo, Brazil and raised in New York City.

As a teenager, he was a session player on drums and bass for Electric Lady Studios. You will find his work on many artists' cds. A child prodigy and multi-instrumentalist who plays drums, bass, keyboards, trumpet, violin, and other instruments, he was signed to Warner Bros. as a teen.(see Wikipedia).

Daryl has been around the world a number of times and played with the who's who of contemporary music: Sade, Al Jarreau, Osibissa, Teddy Riley, to name a few.

Daryl Hayott is currently CEO of KEEP THE LIGHT RECORDS, is involved in several cd projects and an indie film. His newest CD release, is titled “The Mystical Circle. Release date is May 1 2013. 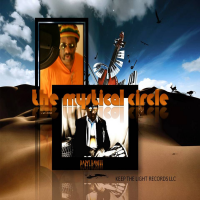 All About Jazz musician pages are maintained by musicians, publicists and trusted members like you. Interested? Tell us why you would like to improve the Daryl Hayott musician page.