Lavigne began his musical excursions at the age of ten first on guitar then trumpet. It wasn’t until his senior year when he finally decided piano would be the instrument of choice. “I wanted to explore harmony and the colors of music and the piano represented that vehicle for me”. Piano was just one facet of Darrell’s study when along the way he became interested in how music was put together. He decided to major in composition at Xavier University of New Orleans and was under the guidance of composer Roger Dickerson. As a pianist, his influences came from the usual jazz sources such as Monk, Bud Powell, Ahmad Jamal, Hancock, Corea, Tyner and Jarrett. “My father was responsible for my appetite for jazz. “He used to put on Charlie Parker, Coltrane and Miles Davis records so that music was assimilated aurally. Early musical exposure in addition to the mentoring of Ellis Marsalis and Edward “Kidd” Jordan helped Darrell to be one of the most sought after pianist in town, performing with notable New Orleans artists such as George French, James Black, Charles Neville, Wanda Rouzan, Germaine Bazzle, Delfeayo Marsalis, and Columbia jazz artist, Kent Jordan, with whom he would record two albums, write for one (Night Aire and Essence) and produce another (Out Of This World). This led to collaborations with other Jordan family members such as Sir Edward “Kidd” Jordan and the Improvisational Arts Quintet, an avant-garde jazz ensemble featuring Jordan, drummer Alvin Fielder and the renowned NYC bassist, William Parker. Darrell also recorded and toured internationally with former CBS Jazz recording artist Marlon Jordan. Some of the other names Lavigne has also performed with are: Kermit Ruffins, Bonnie Raitt, Kirk Whalum, Willie Nelson, Gregory Porter, Elvin Bishop, Marion Meadows, Paul Taylor, George Duke, Hubert Laws, Ronnie Laws, Everette Harp, Dwight Sills, and Doc Powell, Kevin Mahogany, and Kevin and Robin Eubanks, and Bo Diddley.

Darrell expanded his associations and contributions leading to performances with Bill Summers of Herbie Hancock’s Headhunters group, Hugh Masekela and Cynthia Dewberry in South Africa, and a gospel video, Come Walk With Me with Oleta Adams. In 2000, along with Trumpeter, Edward Anderson, he co-led and wrote for Bleu Orleans, a contemporary jazz/world music group releasing “Bleu Orleans”. Darrell was selected the best contemporary pianist in 2002 and jazz all-star, an award given annually by New Orleans Magazine. After Hurricane Katrina in 2005, “Bleu 2” was released, marking a new direction and compositional depth for Bleu Orleans. Darrell also performed on piano, wrote and conducted string arrangements on Stephanie and Marlon Jordan’s critically acclaimed release, You Don’t Know What Love Is. That same year, Lavigne also recorded on Donald Harrison’s Now’s The Time release featuring Grammy-award winning trumpeter, Chris Botti and producer Chuck Loeb. Though he is respected as a pianist/ keyboardist, he continues to produce and write for a number of artists. In 2009, he teamed with Ed Anderson for the scoring of the independent film, Trapped In Katrina, then composed music as Bleu Orleans for a critically acclaimed Off-Broadway play Brothers From the Bottom. Darrell was the touring musical director for former Yanni violinist Karen Briggs, and is a new member of the late B.B. King’s Blues Band featuring Tito Jackson, Claudette King. He has been pianist in Oudist master Naseer Shamma’s Global Project Ensemble. Lavigne has been a faculty member of the Louis Armstrong Summer Jazz Camp since 2000 and has performed numerous international Jazz awareness and Arts in Education Workshops. 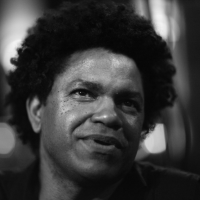 All About Jazz musician pages are maintained by musicians, publicists and trusted members like you. Interested? Tell us why you would like to improve the Darrell Lavigne musician page.