Dan McCarthy is a Canadian jazz vibraphonist based in Toronto. After graduating top of his class from the prestigious jazz program at Humber College, Dan quickly made a name for himself on the Toronto jazz scene, performing with such notable Canadian artists as Ted Warren, Pat Collins, Peter Appleyard, Ted Quinlan, Lorne Lofsky, Terry Clarke, Brandi Disterheft, Laila Biali, and Don Thompson.

Moving to New York City in 2004 brought many more opportunities for Dan, giving him the chance to play and record with some of the top jazz musicians in the world, such as Steve Swallow, Ben Monder, Mark Feldman, George Garzone, Myron Walden, Rudy Royston, Thomas Morgan, Mark Shim, Ari Hoenig, and Gerald Cleaver.

In March of 2019, Dan returned to Toronto permanently to pursue a Master in Jazz Composition at York University on a full fellowship.

He released his first record, “Interwords” in 2006, which was hailed by Geoff Chapman of The Toronto Star as one of the top 10 jazz records of the year. His playing has been called "ambitious", "arresting", and "show-stopping" by George Harris at All About Jazz Los Angeles, who also said his Dan "walks the tightrope between calm gentility and fiery abandon". Mark F. Turner at All About Jazz New York says that "Dan gives new visions of the mallet instrument".

Dan’s second record, “Let’s Start The Show”, released in 2009, features the unique combination of vibraphone and banjo, accompanied by bass and drums. Jazz critic Kurt Gottschalk described the album as “cinematic”. In 2018, Dan released a free-improvisation duo record that was recorded in 2004 with fellow Toronto pianist Gordon Webster, entitled “Constellation”. All records can be heard on iTunes, Apple Music, and Spotify.

In March 2019, Dan’s first major-label release “Epoch” came out on Origin Records. The record features jazz icon Steve Swallow on bass, as well as giants Ben Monder on guitar and Mark Feldman on violin. It received glowing international reviews. “Elevated by the pillars of mystique and mournfulness, this statement proves beautifully gripping.” (Dan Bilawsky, All About Jazz). “Five Stars, It is a visionary project, full of creative fantasy, but above all it is a beautiful music that is listened to with great pleasure.” (Mateusz Krepski, Multikulti, Poland).

His second Origin release, “City Abstract”, was released on October 18, 2019. It features notable Canadian jazz legends Ted Quinlan on guitar, Pat Collins on bass, and Ted Warren on drums. The album draws inspiration from composer Carla Bley, as well as the music of Gary Burton, specifically his time on ECM in the 1970s. The record has received rave reviews, including 3.5/4 stars from Downbeat Magazine.

In 2020, Dan will be releasing a new trio project featuring jazz super-heavies Thomas Morgan on bass and Rudy Royston on drums. “A Place Where We Once Lived” will be out independently in late 2020.

In addition to performing, Dan is also actively engaged in music education, teaching lessons (vibraphone and otherwise), as well as giving masterclasses and clinics at high schools and colleges across Canada.

Dan exclusively uses and endorses the Marimba One “One Vibe”, and BlueHaus Mallets.

"Dan gives new visions of the mallet instrument…the trio plays every selection as if it were the last opportunity - with deep feeling, expectancy, and freedom - the very things that make jazz so appealing." —Mark Turner, All About Jazz

"Dan possesses a truly attractive yet modern sound as he immerses us into his world" —George W. Carroll/The Musicians' Ombudsman

"McCarthy’s recent Interwords (2006) highlighted his gorgeous sonoric clarity in the context of a potpourri of genres that always kept the melody in sight" —Elliott Simon, All About Jazz 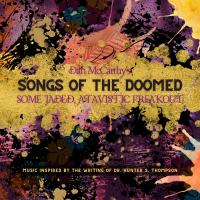 A Place Where We Once... 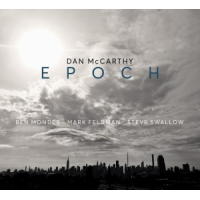 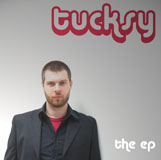 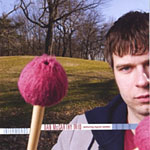 From: Songs of the Doomed: Some...
By Dan McCarthy

From: City Abstract
By Dan McCarthy 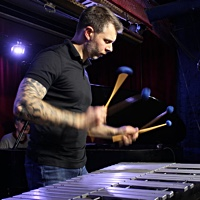 All About Jazz musician pages are maintained by musicians, publicists and trusted members like you. Interested? Tell us why you would like to improve the Dan McCarthy musician page.