The Carn Davidson 9 (CD9) was formed at the beginning of 2010 as a collaborative project between JUNO Award-winning artists, trombonist William Carn and saxophonist Tara Davidson. CD9 is a 9-piece chord-less ensemble that utilizes its seven horns as melodic, harmonic and rhythmic devices, anchored by bass and drums. This co-led ensemble is an opportunity for both artists to craft their compositions for this chamber jazz instrumentation. Also shining new perspective on their existing repertoire has been a formidable collection of guest arrangers.

The Carn Davidson 9’s unique sound is made stronger by an all-star lineup of prominent Canadian artists who are all exceptional ensemble players as well as outstanding soloists. CD9 has produced two previous recordings; “Nine” was their debut released in 2012 and “Murphy” was released in 2017. Both recordings garnered JUNO nominations for Jazz Album of the Year.

“The History of Us” (released Nov. 2021) is CD9's third studio recording and is their most personal project to date. Comprising of two three-movement suites, "The History of Us" is a meditation on the universal themes of family, migration and loss.

CD9 is… Tara Davidson, woodwinds Jason Logue, trumpet Christian Overton, bass trombone Kelly Jefferson, woodwinds Kevin Turcotte, trumpet Andrew Downing, bass Shirantha Beddage, woodwinds William Carn, trombone Ernesto Cervini, drums CO-LEADERS CARN & DAVIDSON Trombonist William Carn has emerged as one of Canada’s leading contemporary jazz composers and performers. As a bandleader, William has garnered three JUNO nominations for “Traditional Jazz Album of the Year” and he has been associated with more than thirty nominations for his work as a side musician. He has also been nominated for Trombonist of the Year at the National Jazz Awards from 2004 to 2008. He has performed and recorded with jazz artists including Rob McConnell, Randy Brecker, David Binney, Kenny Wheeler, Ingrid Jensen, Tim Hagans, Barry Harris, Carla Bley, Steve Swallow, Vince Mendoza, Don Braden, Mike Murley, and Hilario Duran. William also enjoys a diverse freelance career and has performed with musical theatre companies such as Mirvish Productions and the Stratford Festival. William is a RATH Trombone artist and is an instructor at the University of Toronto. Tara Davidson is a ten-time JUNO Award nominated alto and soprano saxophonist who has performed around the world at such prestigious venues as New York City’s Carnegie Hall, the acclaimed North Sea Jazz Festival in the Netherlands, the International Jazz Festival in Lima, Peru, and The Kennedy Center, in Washington, D.C.

As a bandleader, Davidson has produced seven recordings since 2004 and performed on more than forty recordings as a side person. Four of her recordings as a leader have been nominated by the JUNO Awards for “Album of the Year” in both the “Traditional” and “Solo” jazz categories. She has been associated with six additional JUNO nominations for her work as a side musician. Davidson is proud to be a Yamaha Canada Music artist and is an active educator presently on faculty at the University of Toronto and York University (Toronto).

CD9 is “a virtuoso chamber superstructure”. – Raul da Gama (Toronto Music Report) The Carn Davidson 9 is "a shining example of what fine jazz composition, arranging and performance should be." - Lesley Mitchell-Clarke (The WholeNote) 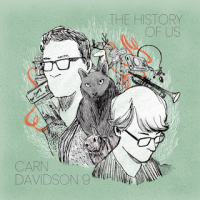 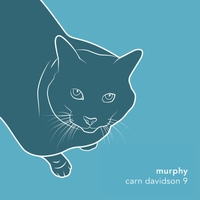 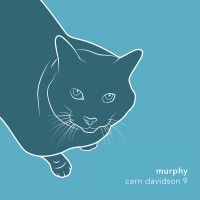 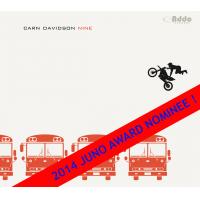 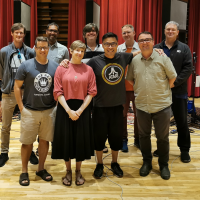 All About Jazz musician pages are maintained by musicians, publicists and trusted members like you. Interested? Tell us why you would like to improve the Carn Davidson 9 musician page.