The release of Kamasi Washington's The Epic last year marked a seismic shift in the jazz landscape and the game-changing arrival of the genre-blurring Los Angeles collective West Coast Get Down. That evolution continues with the release of Planetary Prince, the debut album by visionary pianist, keyboardist, composer and WCGD founding member Cameron Graves.

Upon signing with Mack Avenue Records, Graves’ nearly released four song EP of the same name was expanded to an eight track full length album, all packed with the same mind-expanding invention that marked all of the work previously generated by the WCGD – including Kamasi Washington’s universally acclaimed debut The Epic (which prominently featured Graves throughout its three discs). These releases have marked a seismic shift in the jazz landscape and the game-changing arrival of the genre-blurring Los Angeles collective West Coast Get Down blending elements of Jazz, Classical, Rock and Hip-Hop.

Planetary Prince continues that evolution, with the scope and ambition of Graves’ vision only more evident on this release. “Cameron Graves’ music is vigorous and refreshing. There is an infectious raw energy on Planetary Prince that is coupled with these terrific melodies and blistering solo work, the whole album is energizing,” reflects Mack Avenue Records’ President Denny Stilwell, speaking on the new signing. In its full realization, the album only furthers that pulse-quickening, consciousness-broadening energy and maintains it over the course of nearly 80 illuminating minutes.

The core of the band is made up of fellow West Coast Get Down members, whose musical and personal relationships with Graves stretch back to their high school days: tenor saxophonist Kamasi Washington, trombonist Ryan Porter, bassist Stephen “Thundercat” Bruner, and drummer Ronald Bruner Jr. To their ranks are added trumpeter Philip Dizack and bassist Hadrien Feraud, both key members of the groundbreaking modern L.A. jazz scene.

............ "Cameron Graves is a musical genius. He has an innovative approach to the piano that is completely unique. Cameron's new album 'Planetary Prince' is an amazing and almost unbelievable combination of modal jazz, romantic era European classical music, and mathematical death metal. A style so cool that it deserves it's own genre. Cameron's music has been inspiring me since I was thirteen years old and it still does today! I'm so glad he's sharing it with the world!" - Kamasi Washington ............

The title of Planetary Prince, which also serves as Graves’ pseudonym, comes from The Urantia Book, a spiritual tome that emerged from Chicago in the first half of the 20th century and that purports to reveal the truth of humanity through a combination of spiritual and cosmological ideas, including radical retellings of familiar stories from the Bible.

“That’s a really deep book,” says Graves, whose interest in Urantia grew out of a lifelong fascination with astronomy, astrology, spiritualism and meditation reflected in both his music and his study of the ancient Chinese martial art Xing Yi Chuan. “A lot of people might think it’s sacrilegious, but it makes so much sense about the breakdown of the universe and deities and Earth and man.”

The way that The Urantia Book refracts religious traditions through the lens of science and speculative philosophy has parallels with the ways in which Graves and his West Coast Get Down compatriots have reimagined the jazz lineage with hip-hop and prog rock inflections as well as interstellar ambitions. Graves makes a direct connection between his music and the book with pieces like “Adam & Eve,” “The Lucifer Rebellion” and the title track. The bold, hard-charging opener, “Satania Our Solar System,” echoes the book’s ominous name for our own neck of the universe. Not all of the pieces are directly inspired by Urantia, but all of them share the same cosmic perspective. “Andromeda” was sparked by striking images of the Andromeda Galaxy, sister galaxy to the Milky Way as our closest neighbor in the universe; “Isle of Love” is an imagined destination populated by a race of pure love. “El Diablo” takes a slightly more playful approach to the ferocious rhythmic churn of “Satania,” this time anchoring it with a buoyant, elastic groove and unleashing Bruner for a supernova solo. “End of Corporatism” asserts a political message by way of a bristling, abstract funk that highlights the interplay of Graves’ fleet, fluid keyboard skills and the supple power of his bassists.

While those heady concepts are key to the sprawling imagination of Graves’ tunes, they aren’t responsible for the fervent, impassioned playing of Graves and his ensemble. That comes from the members’ nearly two decades of musical history together. “I don’t communicate the Urantia ideas to the band,” Graves says. “They just know that my song titles are kind of weird but the music is really cool. I like to write a lot in odd rhythms, especially in 7, which takes the music somewhere else and lets the cats build off of that.”

Graves initially met Washington, Porter and the Bruner brothers in his freshman year at Locke High School in Los Angeles, where they'd rehearse together in school band and spend recess listening to John Coltrane together. At only 16-years-old, Graves, along with Washington and the Bruners, made his recorded debut with their collective group, the Young Jazz Giants. The group started playing regularly at a local poetry spot called Doboy's Dozens, eventually shifting to Fifth St. Dicks where they started experimenting with a ten-piece band.

“That’s when we started getting into our groove,” Graves recalls. “We were finding grooves, writing different songs, and learning from each other, creating that chemistry that we have today.”

Later the West Coast Get Down migrated to the recently closed venue Piano Bar for its legendary weekly series that further honed their collective sound and notorious energy, which they channeled into the recording of The Epic and now Planetary Prince. “We’ve been playing this material with that kind of intensity for a long time now,” Graves says. “We all grew up listening together to hip-hop and rock and metal and jazz, so we all know where we’re going and how to complement it. It’s just intuition.”

About Cameron Graves: Graves has also carved out a notable career apart from the WCGD. With his brother Taylor he formed the R&B/fusion duo The Graves Brothers, releasing their debut, Look to the Stars, in 2013. That project grew out of a British/American pop group called The Score with which the brothers found enormous success in England. Graves was also a key member of actress/musician Jada Pinkett Smith's nu-metal band Wicked Wisdom, providing entrée into the world of film and television scoring through the Pinkett Smith-directed film The Human Contract and TV series Hawthorne. Through his soundtrack work Graves connected with legendary bassist and fellow Mack Avenue Records recording artist Stanley Clarke, and is now a member of his latest band, touring internationally. Show less 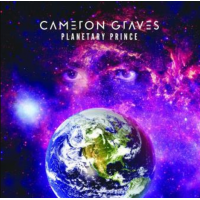 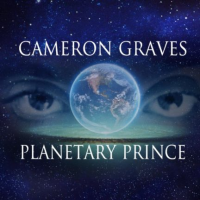 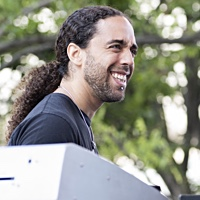 All About Jazz musician pages are maintained by musicians, publicists and trusted members like you. Interested? Tell us why you would like to improve the Cameron Graves musician page.