Bob has been playing guitar for more than forty years, performing all across the United States. He has played with such musical celebrities as Steve Wilson, Cal Collins, Gary Thomas, Chris Vadalia, Bobby Shew, Rich Mattison, Delbert Felix, Billy Drummond, Howard Curtis, and the Johnny Trudeau Orchestra. Bob also toured and recorded with the 'Jazz Ambassadors', the Army's official touring jazz ensemble, for five years - appearing on television and radio shows nationwide, and at some of the major educational conferences including the National Association of Jazz Educators (NAJE) convention in 1980, now known as the International Association of Jazz Educators (IAJE) (now defunct).

Bob has also authored an instructional jazz guitar chord book entitled 'Jazz Chords and Progressions' which carries with it an endorsement by legendary jazz great Joe Pass and has been featured in a guitar clinic given by Jack Peterson at the International Association of Jazz Educators.

He also was primarily responsible for the organization and musical arrangements of the group 'Great Guitars of Tidewater' which was featured on National Public Radio in 1988. This same group was featured again in 1993 as 'Guitarology' in Cincinnati for the Jazz Live at the Hyatt series and again in 1995 for the Cincinnati Jazz Guitar Society.

Bob spent half of his 20 year military career as the sole guitar instructor and sometime bass instructor, combo instructor and theory instructor for the Armed Forces School of Music - the only music school in the military. He retired from active duty in 1990 and is thrilled to be back in his home town of Cincinnati - land of Skyline Chili, White Castle Hamburgers, United Dairy Farmers, Graeter's, Cincinnati Reds, and Cincinnati Bengals. 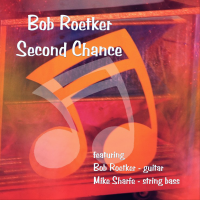 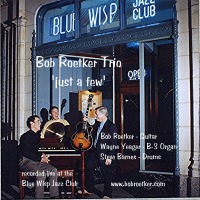 All About Jazz musician pages are maintained by musicians, publicists and trusted members like you. Interested? Tell us why you would like to improve the Bob Roetker musician page.