It all started with a music teacher who needed to add some low end to her third grade orchestra. She picked the tallest kid in the room, who had his big hands wrapped around a cello at the time, and said “Hey! Take a look here, come play this upright bass!” That kid was Benjamin Lee, and once he heard the resonant tones of the largest instrument he had ever seen, he was hooked.

But as with many young upright players, his musical journey began with classical music. From the Fugue in G minor to the Firebird Suite, from John Williams to Sergei Prokofiev and Aaron Copland, Ben’s school orchestral experience took him to classical competitions in Seattle, Boston, San Francisco, and Los Angeles (including a performance with Mr. Williams at Disney Hall). Alongside his classical repertoire, Ben dove headfirst into an intense jazz education on both upright and electric bass.

After moving to San Diego in 2008, Ben continued his musical education by pursuing a B.A. in Jazz Performance at the University of California, San Diego. Under the mentorship of one of the most important teachers in Ben’s life—legendary pianist and sax player Kamau Kenyatta—he began composing, arranging, and recording as never before. It was during this time that he also began studying Cuban folkloric music. With the sounds of people like the great Cachao, Bebo and Chucho and Chuchito Valdez, Javier Colina, and Los Muñequitos in his head, Ben found a new musical voice that would revolutionize his playing style and color his compositions forever. Though he eventually opted to accept a minor in music in order to pursue a B.A. in Sociology, Ben decided to take his music outside the academic environment and dive deep into the San Diego music scene.

In addition to having played some of San Diego’s most prestigious venues—including the Belly Up Tavern, the House of Blues, Humphrey’s by the Bay, the Hornblower flagship Inspiration, Mandeville Theater, 4th and B, The Loft, and the Conrad Prebys Concert Hall—Ben has also had the opportunity to perform and record abroad in Buenos Aires, Santiago, and Lima.

Now based in Oakland, California, Ben is performing and recording with a multitude of groups around town including the fusion jazz group The Orbital Quintet, the 18-piece Big O Big Band, Rabbit Quinn's all original piano trio, contemporary jazz quartet Wildlyfe, the psychedelic hip hop group known as the Lucy Project, the early jazz group the Apollo Trio, and the bachata sextet Felipe y Las Estrellas del Mar - to name a few. 2018 also saw the birth of the TOaG quartet, which is a collaborative music endeavor under the direction of Mr. Lee, focusing on contemporary jazz and arts education/outreach. When he isn't on stage or in the studio, Ben stays busy teaching bass lessons and rhythm sectionals in and around Oakland and San Francisco, as well as working furiously on his own compositions. Always up for new projects, new students, and new opportunities, he wants nothing more than to travel the world in support of musicians who have a message that matters. Having devoted himself to the study of bassists like Lee Sklar, James Jamerson, Edgar Meyer, Charles Mingus, Abraham Laboriel, and Cachao, he is self-described as a player “in search of truth over a groove.” Ben believes wholeheartedly that music has the power to educate, entertain, and empower people in a way that few other things can. If you would like to know more about what Ben can contribute to your musical endeavors, you can listen to some of his projects, check out a performance, or see what people are saying about working with him at www.OfficiaLeeProductions.com Show less 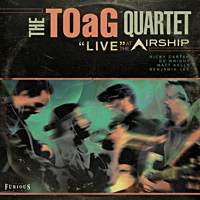 Live at the Airship

All About Jazz musician pages are maintained by musicians, publicists and trusted members like you. Interested? Tell us why you would like to improve the Benjamin Lee musician page.