Barbara Lusch has a unique and compelling way with a song that goes straight to your heart. Her new recording, "Rock Me Sweet" (Slim Style Records), is a surprising and magnetic reinterpretation of some of the best loved rock anthems of the 80's. Well-known hits of male rock icons such as Bruce Springsteen, Bon Jovi and Bono have been transformed by Barbara into sophisticated, sexy, and soulful songs. You can hear "Dancin' in the Dark" sparkling with seductive style and U2's "Where the Streets Have No Name" becoming a cry of despair that evolves into a statement of triumph.

"I wanted to do these songs my way, and bring out the vulnerability and emotional depth of the lyrics", Barbara explains. She is an interpreter of both jazz and pop, as well as a producer, actress and model with a gorgeous vocal instrument that recalls singers such as Peggy Lee, Rosemary Clooney, Eva Cassidy, Doris Day, Julie London. There is smoke, there is fire, there is honey. "Lusch isn’t one to settle for ordinary; she sings with a deeply sensual vibrancy that gets right to the heart of the matter. One listen and you may feel as if you’ve known Barbara Lusch all your life." (Jim Santella, All About Jazz).

Barbara's major influence was her grandmother, Alice Warren, a member of the Warren Sisters Quartet who performed and recorded during the 20's and 30's. "When Grandma Warren taught me to harmonize, I was hooked. I would practice with her and with my sisters whenever I could," recalls Barbara. "Often we were accompanied by my grandfather playing accordion and my father playing harmonica." Later, this experience would lead her to Los Angeles and New York where she worked as a petite model, appeared in commercials, and acted in television shows such as Coach and The Trials Of Rosie O'Neil. In addition to these pursuits, Barbara also worked in musicals, memorably playing opposite Theodore Bikel in Fiddler On The Roof during its Atlantic City run.

Barbara's solo singing career was preceded by a stint as a vocalist in the popular Portland, Oregon band, Pepe and the Bottle Blondes. The group appeared with the Oregon Symphony Pops, the Britt Festival in Jackson, Oregon, and in venues throughout Oregon as well as in Reno and Seattle. In 2002, Barbara went solo, and since then has been performing throughout the Pacific Northwest with regular engagements in such premier venues as Jimmy Mak's, the Liberty Theater in Astoria, the Heathman and Benson Hotels, and the Allison. She has also appeared at Portland's Cathedral Park Jazz Festival and the Portland Jazz Festival.

The concept for Rock Me Sweet came from Barbara's dear friend Tom Nunan, an executive producer of many films and TV shows including the Oscar-winning “Best Picture,” Crash. Tom suggested taking rock anthems originally recorded by male artists and slowing the tempos down to give them a smoky torch ballad feel. "Once we brought the tempos down, the emotions and stories contained in the lyrics emerged so clearly. I began to love these songs more and more, and to gain new admiration for the artists who conceived them,” she says.

Barbara met Earl Rose, who is the arranger and conductor for "Rock Me Sweet", at the ASCAP Jazz Wall of Fame induction of Joe Venuti. She had recorded "Ain't Doin' Bad Doin' Nothin'", co-written by Joe, on a previous album and as a result of this recording, the Venuti family invited her to accept his award. At the ceremony she gave Earl her earlier album, not realizing he was an Emmy-winning composer who had also co-written songs with Brian McKnight, Peabo Bryson and Olivia Newton-John. This was indeed a happy meeting that later resulted in Earl's expert collaboration on the arranging and conducting of Rock Me Sweet.

Barbara approached the interpretation of these 80's anthems by connecting them where possible with Jazz Standards that were part of her repertoire. For instance, Bon Jovi's "Living on a Prayer" seemed to come from the same idea as the Depression Era song, "Brother, Can You Spare A Dime" and Foreigner's "Hot Blooded" had a close tie to Peggy Lee's "Fever". For other songs, Barbara created a story for her interpretation. "Dancing In The Dark" in her mind told the tale of a young prostitute who is frustrated with herself and her relationships and is looking for a better life. "I worked on these songs as if I were preparing a monologue. My acting experience has taught me story-telling techniques, and now it is so rewarding to perform this music, knowing that the lyrics have a deep significance for me and hoping this will be communicated to my audience as well."

Just as "Dancing in the Dark" gained a new complexity by its slower tempo, "Where the Streets Have no Name" has been reimagined with large, symphonic fullness, allowing Barbara to express the optimism and redemptive qualities of the lyric. "I used the image of a woman who had been imprisoned in a small, dark space for years. She is addressing herself at the start of the song, and progresses to express her release towards the end. She wants to share with the world and have people join her on this path," Barbara says. "I related to this through my own struggle to become an adult and let go of the little girl who constantly seeks approval."

"Rock Me Sweet" is Barbara's third album, and represents a new avenue of musical exploration for her as well as for the audience. It has a profound beauty that is at times sweet, at times sorrowful, and at other times playful and seductive. It can console, and evoke nostalgia. Throughout "Rock Me Sweet", Barbara's vocals have an elegant and steady consistency as they move from smoldering emotions to soaring, angelic expressions. Enhancing her performance are the arrangements of warm strings, simmering percussion, plaintive horns, and piquant keyboards. It's a lush setting that perfectly complements the tales contained therein of toxic love, self-imprisonment, liberation, broken dreams and hope.

"Rock Me Sweet" was recorded at the legendary Studio A of Capitol Studios (where Frank Sinatra recorded many of his beloved classics). Earl Rose arranged the music, conducted the orchestra and helped give the recording a refined musicality that recalls some of the classic jazz-pop albums. Barbara recalls, "Driving up to Capitol Studios and have a parking space with my name on it was pretty incredible. I was even using the same mike as Frank and sitting on the same stool. I grew up idolizing so many of the artists who had recorded in that same room." The sessions feature an all-star cast, including multiple Grammy Award winner Al Schmitt, pianist Michael Lang, bassist Hassan Jiffry, guitarist Larry Koonse, and drummer Harvey Mason.

In the near future, Barbara is putting together a revue-style show based on "Rock Me Sweet and its relation to her own life and career. "I've always wanted to do a cabaret-jazz-pop type of show," she says. "It will be a blending of the songs' lyrics with some of my experiences that are pretty much universal, such as dealing with the loss of love, feeling alone in a crowd, looking back to a happier past, and enjoying hard-won freedom."

Listening to this richly layered CD will reward not only those who first loved these songs in their original form, but anyone willing to open their minds and hearts to the stories that Barbara has made her own. Show less 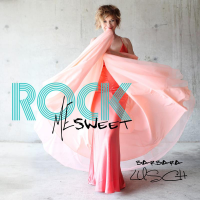 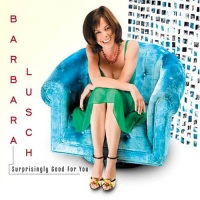 All About Jazz musician pages are maintained by musicians, publicists and trusted members like you. Interested? Tell us why you would like to improve the Barbara Lusch musician page.