”Bessie Smith in Stereo” said jazz critic Leonard Feather in Playboy magazine when Barbara Dane burst onto the scene in the late '50s. Time magazine said of her: “The voice is pure, rich...rare as a 20 karat diamond.” To Ebony magazine, she seemed “startlingly blonde, especially when that powerful dusky alto voice begins to moan of trouble, two-timing men and freedom... with stubborn determination, enthusiasm and a basic love for the underdog (she is) making a name for herself...aided and abetted by some of the oldest names in jazz who helped give birth to the blues...” The seven-page Ebony article—their first feature story about a white woman (Nov., l959)— was filled with photos of Dane working with Memphis Slim, Willie Dixon, Muddy Waters, Clara Ward, Mama Yancey, Little Brother Montgomery and others.

But where had she come from? Barbara's young parents arrived in Detroit, Michigan from Arkansas in the mid '20s, raising their family amid the deepest depression—as well as some of the worst race riots—the country had ever seen. Right out of high school, Barbara began to raise her strong voice regularly at demonstrations for racial equality and economic justice. While still in her teens, she began to sit in with bands around town and won the interest of local music promoters. She even got an offer to tour with Alvino Rey's band, but she turned it down in favor of singing at factory gates and in union halls.

Moving to San Francisco in 1949, Barbara began raising her own family and singing her folk and topical songs around town as well as on radio and early TV. The traditional jazz revival was then shaking the town, and by the mid '50s she became a familiar figure at clubs along the city's Embarcadero with her own versions of the classic women's blues and hot jazz tunes. Visiting old-time New Orleans jazz greats like George Lewis and Kid Ory and locals like Turk Murphy, Burt Bales, Bob Mielke and others were inviting her onto the bandstand regularly. Her first professional jazz job was with Turk Murphy at the old Tin Angel in l956. By 1957 she had recorded her first album, “Trouble in Mind” was released by San Francisco Records.

By 1959, Louis Armstrong had told Time magazine readers: “Did you get that chick? She's a gasser!” and invited her to appear with him on national television. She recorded “Livin' with the Blues” with Earl Hines on Dot Records and “On My Way” with Kenny Whitson on Capitol Records. She toured the East Coast with Jack Teagarden, played Chicago with Art Hodes, Roosevelt Sykes, Little Brother Montgomery, Memphis Slim, Otis Spann, Willie Dixon and others, played New York with Wilbur De Paris and his band, and appeared on Johnny Carson's Tonight Show as a solo guest artist. Other national TV work included The Steve Allen Show, Bobby Troop's Stars of Jazz, PM East/West as well as Checkmate and Alfred Hitchcock Presents. She was also featured on Playboy After Dark, receiving a special award from Hugh Hefner as one of the outstanding jazz artists of the year.

In 1961 Barbara opened her own club, Sugar Hill: Home of the Blues, on San Francisco's Broadway, with the idea of creating a respectful venue for the music right on the tourist rialto where a wider audience could come in contact with it. There Dane performed regularly with her two most constant musical companions: Kenny “Good News” Whitson on piano and cornet, and Wellman Braud, former Ellington bassist. Among her guest artists were Jimmy Rushing, Mose Allison, Mama Yancey, Tampa Red, Lonnie Johnson, Big Mama Thornton, Lightnin' Hopkins, T-Bone Walker, Brownie McGhee and Sonny Terry, as well as the many jazz musicians who came regularly to sit in.

“Why the blues?” says Barbara. “Because they speak from the heart to the heart. The blues were born out of the worst conditions one people can force upon another, out of slavery and exploitation —and were given to the world in the spirit of turning madness into sanity, pain into joy, bondage into freedom, and enmity into unity. This is music for survivors, and this spirit is something to be learned from, shared and spread as far as it will go! No matter what the words say, no matter who I'm singing to, this is always what I'm singing about.”

During all her years singing blues and jazz, Barbara continued to weave in appearances as a solo performer on the coffeehouse circuit with her folk-style guitar. She also stepped up her work in the movements for peace and justice as the struggle for civil rights spread and the war in Vietnam escalated. She sang at every big peace demonstration in Washington and many of those in small towns and byways all over America, taking her songs to the Freedom Schools of rural Mississippi and right up to the gates of military bases from Japan to Europe as well as all over the USA. In l966, Barbara Dane became the first U.S. musician to tour post-revolutionary Cuba.

In 1996 Arhoolie Records issued a cd from some tapes recorded 30 years earlier singing solo and improvising blues with Lightnin' Hopkins. As a result of the critical buzz this created, in 1997 Tradition Records reissued her only purely “folk” LP “When I Was a Young Girl” (recorded in 1959 with Tom Paley on guitar and banjo) under the title “Anthology of American Folk Music.” Smithsonian/Folkways has issued her 1965 recording “Barbara Dane and The Chambers Brothers.”

After rambling through the music of the world, Barbara has returned at last to the blues. When she was in her late 70s, Philip Elwood, jazz critic of the San Francisco Examiner, said of her: “Dane is back and beautiful...she has an immense voice, remarkably well-tuned...capable of exquisite presentations regardless of the material. As a gut-level blues singer she is without compare.” Blues writer Lee Hildebrand calls her “...perhaps the finest living interpreter of the classic blues of the 20's.”

Born in 1927, Dane fully intends to experience the 21st Century sharing her legacy of song that won't let anybody stand still.

She sold out Yoshi's jazz club in Oakland in January, 2016 giving audiences a sneak peak of the fresh approach she takes on her upcoming release with pianist Tammy Hall, “Throw It Away...” (to be released on August, 5th, 2016). Show less

Vocalist Barbara Dane To Release "Throw It Away...," Her First New...

“As a gut-level blues singer she is without compare.” (Phil Elwood, SF Examiner 1987)

“A celebration of the human spirit accented by a bawdy feminist humor and a healthy sense of the absurd.” (J. Poet, SF Chronicle 1998)

“She’s always been a role model and a hero of mine – musically and politically.” (Bonnie Raitt, KALW 2010) 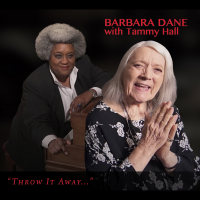 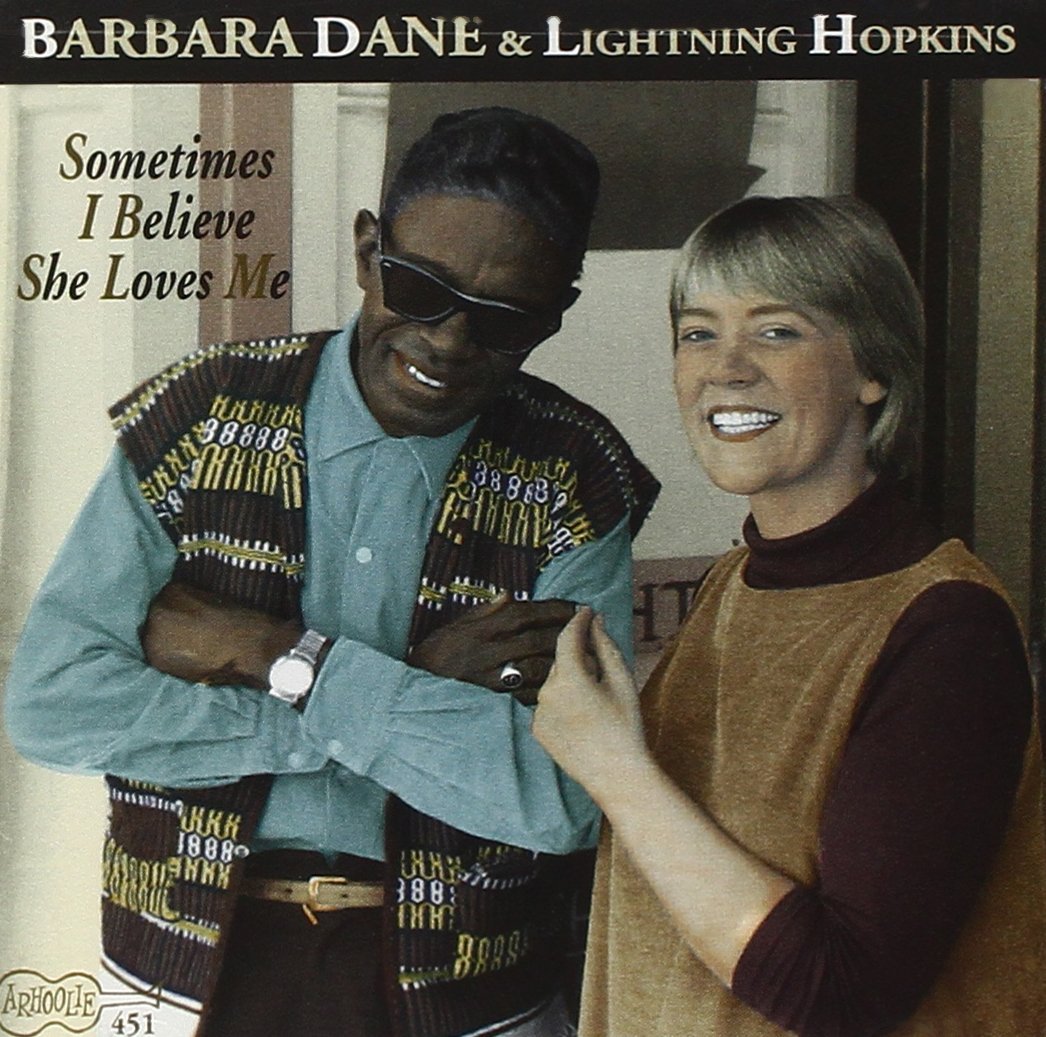 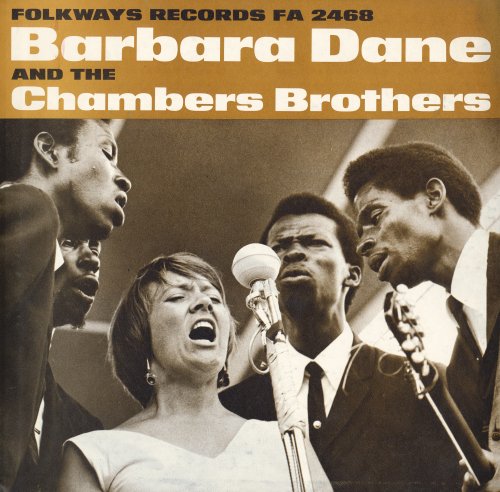 Barbara Dane and the... 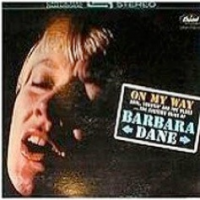 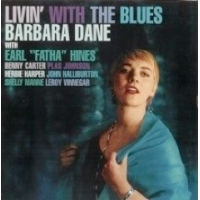 Livin' With The Blues... 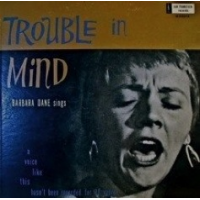 All About Jazz musician pages are maintained by musicians, publicists and trusted members like you. Interested? Tell us why you would like to improve the Barbara Dane musician page.