As a pianist, composer, bandleader and accompanist, Anne Sajdera is a creative force whose music encompasses an unusually far-flung array of traditions. With musical roots spanning the globe, she melds American and Brazilian jazz to her training in European classical music, creating an utterly personal sound that’s melodically verdant, harmonically sophisticated and rhythmically compelling.

A regular Bay Area presence since 2001, her trio depicts the unique flexibility of the piano trio format with virtuostic arrangements of Brazilian and American repertoire as well as original compositions. Co-produced by Ray Obiedo and released by Bijuri Records in 2012, her first CD project, Azul, highlights her exquisite touch, rhythmic acuity, and melodic resourcefulness. The project received a place on one of JAZZIZ Magazine's 2012 Top Ten Critic's Polls, Latin Jazz Corner's Great Latin Jazz Albums from 2012 and features the legendary percussionist Airto Moreira, among others. With the dynamic rhythm section pair, Gary Brown (bass) & Deszon Claiborne (drums), the trio is currently performing in and around the San Francisco Bay Area.

Created from of a chance meeting at a jazz club in Prague 2014 and with their new release due out in November of 2018, Anne Sajdera’s newest project features two award-winning young composer/instrumentalists from Prague: Miroslav Hloucal (trumpet) & Jan Fečo (alto sax), a special guest appearance by the renowned sax player Bob Mintzer, as well as some of the finest musicians from the San Francisco Bay Area. The ensemble performs original compositions, driving arrangements of traditional Roma melodies, as well as music of modern jazz masters like Herbie Hancock & Kenny Kirkland - at times lyrical, at times angular, yet always rooted in the rhythm, this ensemble reveals a skillful and inspiring sound that reaches musically across two continents and several cultures.

A graduate of the San Francisco Conservatory of Music, pianist/composer Anne Sajdera received a B.Mu. in Composition. She performs regularly in the Bay Area - as leader of her own ensembles and performing with other artists such as Alexa Weber Morales, Sandy Cressman and Terrence Brewer. She has performed in many of the Bay Area's most frequented performance venues including the San Jose Jazz Festival, Fillmore Jazz Festival, The California Jazz Conservatory, Herbst Theater in San Francisco and the nationally recognized SFJAZZ. She is also one of the 2018 InterMusic SF grant awardees.

About Azul ​ ”…a jazz samba album that shows the creative breadth & beauty of a San Francisco Charmer.” - Mark Myers, JazzWax

“…it's a wonderful experience listening to her precise execution and wonderful technique” - Robert Carraher, The Dirty Lowdown

About Anne “Sajdera has a natural musical ability, an incisive touch, and is a deft improviser.” - Amy Duncan, Jazz History Online 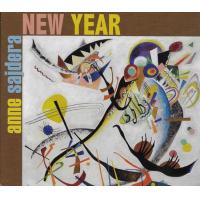 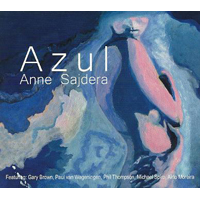 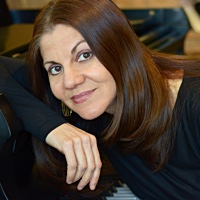 All About Jazz musician pages are maintained by musicians, publicists and trusted members like you. Interested? Tell us why you would like to improve the Anne Sajdera musician page.