Anna Mjöll was born inReykjavik, Iceland. She is the daughter of guitarist, composer and arranger Olafur Gaukur and singer, model and radio program director/producer Svanhildur Jakobsdóttir. Her parents had one of the most successful bands in the history of Iceland, “Sextett �”lafs Gauks” - with their own TV show, numerous albums and constant touring. Mjöll was trained in piano, guitar and cello. She released her first CD recorded with her mother at age 19, and performed on Iceland television numerous times prior to her 1996 Eurovision appearance where she represented Iceland with the song Sjúb�-dú (Shoe-be-do) which she co-wrote with her father. Following her Eurovision appearance, Mjöll toured worldwide with singer Julio Iglesias for three years. In 2006 Mjöll co-wrote three songs with C.J. Vanston for the film “For Your Consideration” directed by Christopher Guest.

“Do yourself a favor and catch her now, at an intimate small club, before she breaks out into larger venues.” —Charles Andrews, Music Forums Moderator, HomeTheaterSpot.com 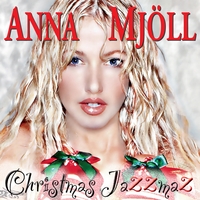 All About Jazz musician pages are maintained by musicians, publicists and trusted members like you. Interested? Tell us why you would like to improve the Anna Mjoll musician page.