Amy Shook is one of the most in-demand acoustic bassists in the mid-Atlantic, coveted for her huge sound and infectious, driving groove. In addition to being a premier performing and recording artist, a multi-instrumentalist (acoustic bass, electric bass, violin, viola, and cello), she is an accomplished composer, and her personality truly comes through in her writing. Amy co-leads the Shook/Russo 4tet, a band she started in 2004 with her husband, tenor saxophonist Pat Shook, and drummer Frank Russo. Along with their guitarist Jonathan Epley, the SR4tet’s focus has always been to compose and perform their own original music within the jazz idiom, honoring the masters by carrying on the tradition. The result is an incredible and unique sound, and a whirlwind of grooves, melodies, and diverse textures that are a true delight to hear. The SR4tet currently has two CDs on Summit Records featuring Greg Gisbert. Stay tuned for info on their newest release.

Amy also co-leads the all-women powerhouse trio the 3D Jazz Trio (3Divas), with drummer Sherrie Maricle and pianist Jackie Warren. 3D is the super-swingin’ trio that sparked the fire that ignited the award-winning show Maurice Hines is Tappin’ Thru Life, described by the New York Times as “blistering hot.” In 2017, 3D’s eagerly awaited debut CD, simply titled 3Divas, was met with widespread critical acclaim, and their most recent 2020 release, I Love To See You Smile, garnered immediate praise, including a four-star review in Downbeat magazine. Their third release, Christmas in 3D, was just released on October 16th, 2020, and has been steadily receiving rave reviews. 3D is also featured on baritone saxophonist Leigh Pilzer’s debut CD Strunkin’, recorded live at the Washington Women in Jazz Festival in March 2016, and released in October 2016. For more info about the 3D Jazz Trio, please visit www.3djazztrio.com.

Additionally, Amy also performs regularly with the Fred Hughes Trio, and has recorded three critically acclaimed albums with the trio (Love Letters, I’ll Be Home For Christmas, and Matrix). In addition to her jazz bass discography, Amy can be heard on various recordings playing auxiliary string parts, many that she both wrote and arranged, for various indie rock and blues artists, such as Mary Prankster and the Kelly Bell Band. Amy holds two bachelor's degrees (performance and composition) and a master's degree (performance) from the University of Idaho in Moscow, ID.

If you have a high-resolution audio system, the power and depth of Amy Shook's bass on "Just You/Just Me" will remind you why you spent all that money.” ~Thomas Conrad, Jazz Times Magazine, Oct. 2007~

“Amy Shook builds tension in her blues march groove to climax with the inclusion of the rhythm section and the harmonious horns that float, swirl, roll and boil to a gentle simmer, giving way to graceful poise.” “So Far From Home should be in every straight-ahead, jazz lover's house.” ~Paul J. Youngman, www.jazzreview.com

Duke Ellington And His Orchestra 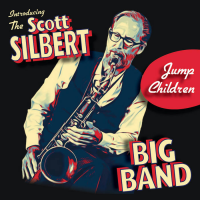 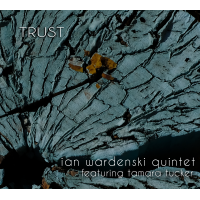 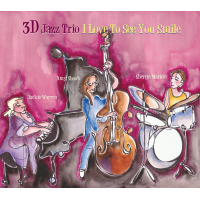 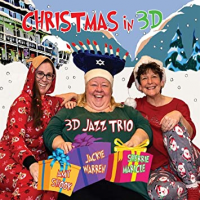 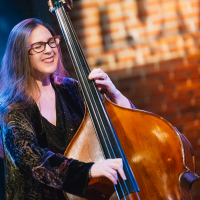 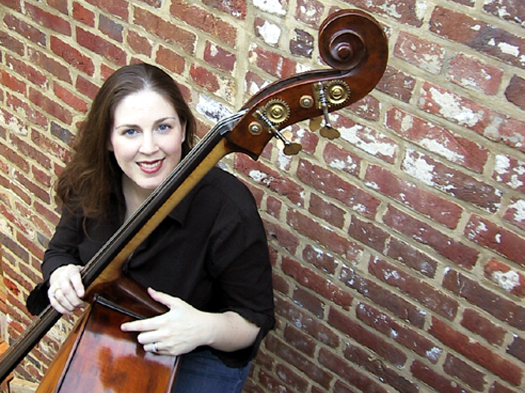 All About Jazz musician pages are maintained by musicians, publicists and trusted members like you. Interested? Tell us why you would like to improve the Amy Shook musician page.