Bassist Alex Boneham is one of the most in demand musicians of his generation, known for his versatility and relentless creative drive. Born and raised in Sydney, Australia, Alex has worked extensively worldwide with a wide array of artists from across the musical spectrum.

In 2014 Alex was accepted into the prestigious Thelonious Monk Institute of Jazz Ensemble (now the Herbie Hancock Institute), a selective masters program where a group of musicians is hand-picked by a panel of living legends including Herbie Hancock, Wayne Shorter, Jimmy Heath, Kenny Burrell, James Newton and Herb Alpert.

During his two-year stint with the Monk Institute Alex performed with Herbie Hancock and Dee Dee Bridgewater in Morocco, headlined the Playboy Jazz Festival at the Hollywood Bowl with Hancock and Wayne Shorter, and performed at the White House for First Lady Michelle Obama during International Jazz Day celebrations. In addition to studying, performing and teaching with many legends of jazz, Alex also completed a Masters of Music from UCLA in 2016.

Alex’s musicianship has been recognized throughout his career having been awarded the James Morrison Generations in Jazz Scholarship in 2007, named the Bell Awards Young Jazz Musician of the Year in 2012, and runner-up in the 2015 National Jazz Awards. He was also a featured performer on Sarah McKenzie’s 2012 ARIA award winning album “Close Your Eyes”.

Alex has made appearances on numerous TV, radio and online productions including PBS’s Tavis Smiley Show and NPR’s Jazz Night in America, and has recorded on a number of Hollywood film and TV scores.

“Boneham’s solos were a lesson in how vigour may be harnessed to sensitivity.” - Sydney Morning Herald 2011 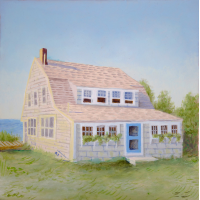 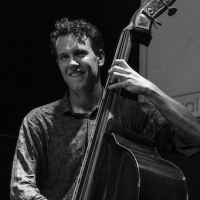 All About Jazz musician pages are maintained by musicians, publicists and trusted members like you. Interested? Tell us why you would like to improve the Alex Boneham musician page.