Mr. Salvent was saxophone professor at the National University of Costa Rica for five years and has been invited as an international jury in several Saxophone International Festivals and Competitions in Mexico, Honduras and Costa Rica.

He is since 2013 a Gonzalez Reeds Performing Artist, and was also the first endorsed saxophone artist in Central America for P.Mauriat Saxophone Company.

On August 2014 he recorded his first solo album “Da Capo” as a leader on Dazzle Recordings Label in Denver-Colorado, receiving very positive reviews from “All About Jazz” Magazine and “El Nuevo Herald” newspaper after the official release in January 2015. “Da Capo” is available in Itunes, Amazon and CD Baby. 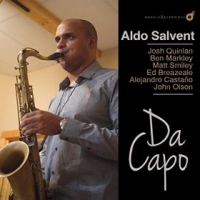 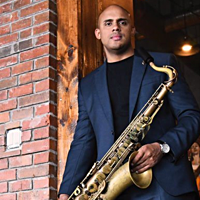 All About Jazz musician pages are maintained by musicians, publicists and trusted members like you. Interested? Tell us why you would like to improve the Aldo Salvent musician page.