Award winning pianist and composer Adrean Farrugia is one of Canada’s most distinct voices on the piano. Since the late 1990s, Adrean has been in high demand as a freelance performer and educator as well as keeping a busy schedule, mainly as a sought-after sideman, contributing composer and collaborator, touring extensively across Canada and the United States as well as in venues across Europe, Australia, the UK, Israel and Japan with a diverse range of artists and musical projects including: Ernie Watts, Matt Dusk, the Brad Goode Group (featuring Ernie Watts and Adam Nussbaum), Ernesto Cervini’s Turboprop (featuring saxophonist Joel Frahm), Heather Bambrick, the Johnny Griffith Quintet, Kiki Misumi, Tim Shia’s “Worst Pop Band Ever”, the Bob Brough Quartet, and the Darcy Hepner Big Band. He also works regularly with his wife, vocalist Sophia Perlman.

As a leader, Adrean has released three albums. His second, Ricochet was nominated for a 2011 JUNO award for best contemporary jazz recording. As a composer, he has penned more than 30 works to date. Most recently his compositions appear on the 2018 release Adrean Farrugia/Joel Frahm: Blued Dharma - duos recorded over one session at Tedesco Studios in August of 2017.

As an educator, Adrean is currently on the faculty of Mohawk College where he teaches contemporary piano, ensembles and improvisation. He has also served on the faculties of York University and Humber College. He has been a clinician and workshop leader at the University of Colorado, University of Toronto, the University of Western Ontario, The Banff Centre fot eh arts, The Sydney and Brisbane Conservatories, and in Warsaw Poland as part of the Polish Jazz Society’s 35th annual Summer Jazz Workshop. He is a four-time panelist and performer at the Conference on World Affairs in Boulder Colorado, and a contributing writer to piano guru Larry Fine’s publication “The Piano Book”.

Read more articles
"... Farrugia proves himself to be one of the current scene's most imaginative pianists" - Nic Jones, ALLABOUTJAZZ.COM

"Pianist Adrean Farrugia's disc reflects an epxansive musical vision and the talent and craft to combine elements from a range of influences" - Peter Hum, The Ottawa Citizen.

"A gifted pianist. His approach is an intelligent synthesis of styles." - Harvey Pekar 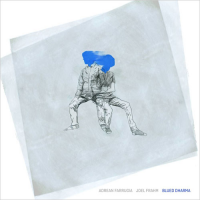 From: Play On Words
By Adrean Farrugia

Not With A Wimp But A Banker

From: Play On Words
By Adrean Farrugia

Half Moon (For Sophia)

From: Blued Dharma
By Adrean Farrugia

All About Jazz musician pages are maintained by musicians, publicists and trusted members like you. Interested? Tell us why you would like to improve the Adrean Farrugia musician page.