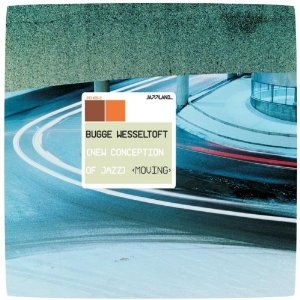 With his 1998 album, Sharing, Norwegian Bugge Wesseltoft made people sit up and take notice. In the tidal wave of verbiage at the end of the last Millenium, he was more than once hailed as "the future of jazz." His music is a hybrid, containing elements of rock, dub, ambient, funk and techno. But it has enough recognisable jazz elements to justify the "New Conception of Jazz" subtitle. Its echoes of Bill Evans "New Jazz Conceptions," give that subtitle an apparent arrogance that is not reflected in Wesseltoft's manner.

Bugge Wesseltoft (by the way, his first name is pronounced "boogie" not "bug" or "bugger") has a respectable jazz history, having recorded in the 90s with fellow Norvegians Eivind Aarset, Arild Andersen, Sidsel Endresen, Jan Garbarek and Jens Wendleboe as well as visitors like Billy Cobham and Dennis Gonzalez. Via his Jazzland label and sponsorship of new talent such as Beady Belle, he is now one of the driving forces of a vital Norwegian scene that is both experimental and eclectic.

Where Sharing had some excellent moments but dissipated its impact with an unfocussed eclecticism, Moving is a far more concentrated and confident statement. It was performed live in the studio by the band, after two years of touring across Europe. Several pieces, such as "Lone" or "Heim," were created on the spot, in the studio. A typical track sets up a rhythmically sophisticated groove, driven along by bass and drums plus percussion and programmed drumming. Over the top, Wesseltoft adds episodic keyboard parts, using acoustic piano, Fender Rhodes or synthesiser. He never lets rip with a long solo, preferring to confine himself to short concise phrases. Yellow is the Colour features Hakon Kornstad guesting on tenor sax, but this is largely for alternative colouration; elsewhere, the focus remains firmly on Wesseltoft. The end results are invariably warmly engaging.

Wesseltoft has a personal vision that embraces jazz and far more besides. While he may not be the future of jazz, hybrid music like his is one possible future for jazz.