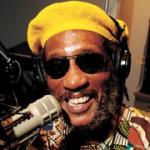 I was born in 1950 and reared in Wilmington, North Carolina. I began my professional journalistic career in 1978, while a history graduate student at the University of North Carolina at Chapel Hill, when I assisted Wayne King with a New York Times Magazine article called “The Case Against the Wilmington Ten.” Since then I have written articles, reviews and previews in Downbeat, Jazz Line, The Spectator Magazine, The Urban Journal, The Carolina Times, The Daily Tar Heel,The Independent Weekly, The Wilmington Star News, The Wilmington Journal, Encore Magazine and Reggae Report. In 1982, while a jazz announcer at WDBS-FM in Durham, North Carolina, I wrote the liner notes for an album entitled “The Story Teller” by vocalist Bus Brown (Relate Records). Later that year, I published The True Story Behind The Wilmington Ten (a revised edition was published by U.B. & U.S. Books, Hampton, Virginia, in the fall of 1993). My second book, Rabbit! Rabbit! Rabbit!: A Tale of the Wilmington Incident of February 1971 was published February 2006. I am currently working on an historical study of The Barn: Wilmington, North Carolina’s Jazz Mecca (1941—1945).

I am the founder and project director of Larry Thomas & Associates, Inc., a volunteer, non-profit, tax-exempt, cultural arts organization, dedicated to the jazz and Caribbean cultures. The primary purpose is to elevate the cultural awareness of the community by propagating, promoting and presenting these two vital, vibrant art forms to the public. I was also an active member of the now defunct IAJE, (The International Association for Jazz Education), served on the board of directors of the North Carolina Jazz Network and the Triangle Jazz Society.