When Lights are Low

Benny Carter in Copenhagen From a club concert in Copenhagen in 1985 we see a jam with Benny Carter alto sax, Red Norvo on vibes and Ed Thigpan 0n drums. On piano is Horace Parlan and the bassist is Jesper Lundgaard Bennett Lester Carter (August 8, 1907 -- July 12, 2003) was an American jazz alto saxophonist, trumpeter, composer, arranger, and bandleader. He was a major figure in jazz from the 1930s to the 1990s, and was recognised as such by other jazz musicians who called him King. Red Norvo (31 March 1908- 6 April 1999) was one of jazz's early vibraphonists. He helped establish the xylophone and later the vibraphone as viable jazz instruments. Norvo's career began in Chicago with a band called "The Collegians", in 1925. He played with many other bands, including an all-marimba band on the vaudeville circuit, and the bands of Paul Whiteman, Benny Goodman, Charlie Barnet, and Woody Herman. Norvo recorded with Mildred Bailey (his wife), Billie Holiday and Frank Sinatra, among others. Together, Red and Mildred were known as "Mr. and Mrs. Swing." He also appeared in the film Screaming Mimi (1958), playing himself. Born in Pittsburgh, Horace Parlan studied piano from the age of 12 and after suffering from polio developed a strong left-hand technique. He played in Pittsburgh (1952-57) and briefly with Sonny Stitt in Washington, D.C., then performed and recorded with Charles Mingus (1957-59), the Playhouse Four with Booker Ervin, Eddie "Lockjaw" Davis and Johnny Griffin and Roland Kirk In 1973 he moved to Copenhagen, where he recorded regularly for Steeplechase with Dexter Gordon . Parlan cites Ahmad Jamal, Bud Powell, and James Miller as having most strongly influenced his style, and emphasizes the importance of his association with Mingus. Jesper Lundgaard Jesper was born in 1954 in the Danish town of Hillerd. He started playing the guitar but at the age of sixteen he changed to the double bass. He became a professional musician at the age of twenty-one. Since 1976 he has performed with most of the top American jazz musicians visiting Denmark, among others Harry 'Sweets' Edison, Eddie 'Lockjaw' Davis, Teddy Wilson, Benny Carter, Dexter Gordon, Pepper Adams, Thad Jones and Mel Lewis. He settled down in Copenhagen in 1979 and since then he has appeared on more than 400 albums and been touring and teaching as well. Edmund Leonard (Ed) Thigpen (born December 28, 1930 in Chicago, Illinois) is an American jazz drummer. His father Ben played drums with Andy Kirk. Ed's first job with a major orchestra was with Cootie Williams in 1951 and 1952. After working with Dinah Washington, Lennie Tristano, Johnny Hodges, Bud Powell, and Billy Taylor, he replaced guitarist Herb Ellis in the Oscar Peterson Trio in 1959 (Peterson's original Trio, modelled on Nat King Cole's, consisted of piano, guitar, and bass). He stayed with Peterson through 1965. After leaving Peterson, he toured with Ella Fitzgerald from 1967 to 1972, when he settled in Copenhagen. Since then he has taught, performed with a wide range of major artists, and recorded sessions as a leader 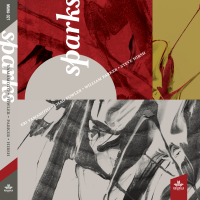