Man of the World: The Peter Green Story

By JIM TRAGESER
February 11, 2017
Sign in to view read count 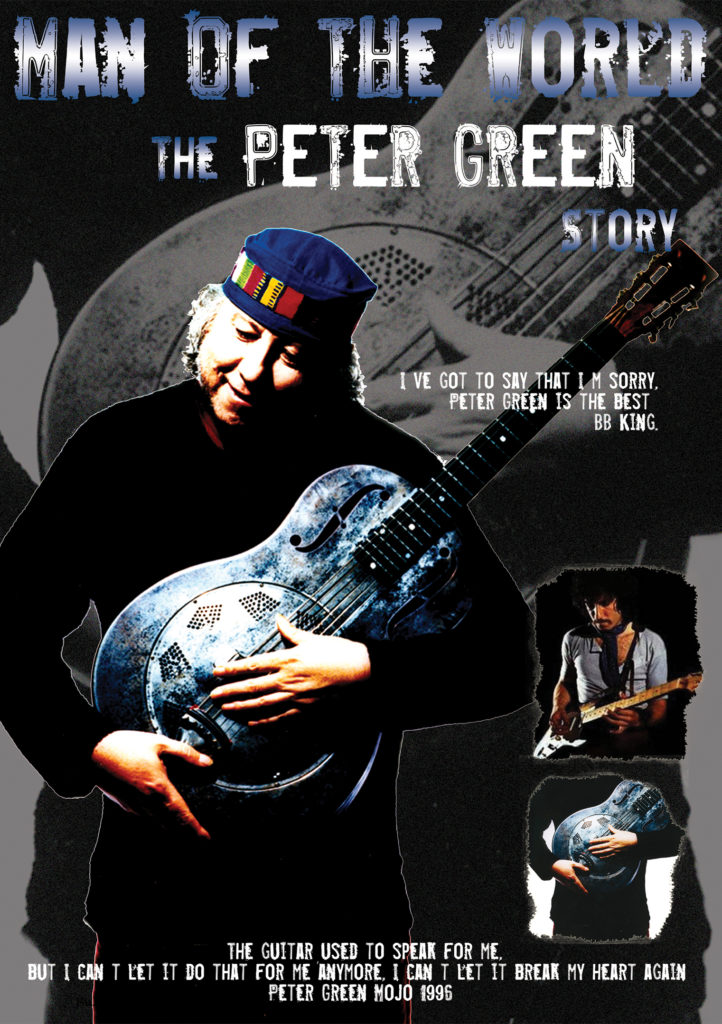 In an age when a junior high school rite of passage for budding adolescents remains discovering the great blues- rock guitarists of their grandparents' generation, arguing the relative merits of Jimmy Page vs. Eric Clapton (and the truly hip throw Jeff Beck into the mix), when Carlos Santana, Stevie Ray Vaughan and Jimi Hendrix remain iconic, it is surely unjust that Peter Green has largely been forgotten.

Newly released on DVD, the 2009 biopic Man of the World: The Peter Green Story attempts to preserve the story behind the forgotten legend.

While Green's status as early rock guitar superstar is rightly celebrated in the film, and his technical and artistic innovations are discussed in detail by his former bandmates and rivals, the sad truth is that Green was also an early victim of the drug culture that infested the popular music culture of the late 1960s and '70s—and that, too, is dealt with honestly and forthrightly.

Director Steve Graham and writer Mike Dodd do a stellar job of restoring the faded legend to its full glory: Replacing Clapton in John Mayall's Bluesbreakers. Stealing Mayall's rhythm section of John McVie and Mick Fleetwood, and naming the band after them. Becoming England's biggest act—outselling the Beatles and Rolling Stones, bigger than The Who or The Kinks at home. Rich beyond imagination from the sales of a string of hits: "Albatross," "Black Magic Woman," "Oh Well."

But where Hendrix and Janis Joplin are still remembered almost as martyrs to excess, and perhaps as famous as ever, Green—who was arguably more famous than either at his peak—didn't die from his drug use. Instead, like Pink Floyd frontman Syd Barrett, Green's mental health deteriorated rapidly from his use of LSD.

He quit the band he'd founded, quickly leaving music altogether—living with his family for awhile before being institutionalized. He has performed sporadically since—although his playing can still be brilliant.

The film is structured around interviews—former bandmates Fleetwood, McVie and Jeremy Spencer; former business associates, and family members. Interspersed with their recollections and observations are archival clips of Green performing.

When Green himself is on camera being interviewed, his is a diminished presence—and contrasted with the clips from his youth, a sobering reminder of the cost that recreational drug use has extracted.