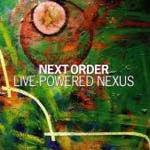 With this US debut, the Japanese twin-guitar progressive/fusion band Next Order shows just how small the world has become. Reflecting influences from Jeff Beck and John Scofield to Canterbury bands like Phil Miller's In Cahoots, Next Order still retains its own voice, largely due to the divergent styles of guitarists Yuji Muto and Takumo Seino.

Of the two, Muto is the more raucous player, with a more overdriven tone, occasional reliance on a whammy bar, and a style that, along with those already mentioned, derives from King Crimson co-founder Robert Fripp—especially in his lengthy chordal attack during solo on the metal-meets-swing of "Deadline Pressure." While Muto is not unfamiliar with the language of jazz, Seino's playing is cleaner—think Scofield with a more progressive edge—and explores a deeper vernacular.

It's no surprise that Muto wrote the opening "Aggressive Continuity." Beginning with a rapid-fire phrase that moves into heavy Red-era Crimson territory, it ultimately opens into an up-tempo solo spot that's pure Canterbury, though Muto is a less opaque player than Phil Miller. But he's not averse to shifting gears mid-tune to a fast swing, where bassist Atsumo Ishigaki and drummer Hiroshi "Gori" Matsuda play lithely behind Seino's almost bop solo.

What's encouraging about this group of young players is their restraint in a context that almost begs for excess. That's not to say there isn't a lot of high-octane playing here—there's plenty of proof of that on the funky "Hanadi" and "The Dragon," where Matsuda's opening drum solo has the groove and flexibility of Steve Gadd.

But the echo-laden opening to the eighteen-minute closer, "Blue Stone," is atmospheric and elastic. Seino's playing clearly references Scofield's early Blue Note years, despite Next Order's more electric vibe overall—until, that is, the group notches things up into a free-flying exchange of raw abandon. A powerful drum solo from Matsuda takes things to eleven, and the original theme returns, but in a considerably more aggressive and ear-splitting fashion.

Next Order may not be revolutionary, but with its own blend of influences and the marked stylistic differences between Muto and Seino, which keeps the tension high throughout, Live-Powered Nexus is worth more than a passing glance by fans of any of the group's reference points.