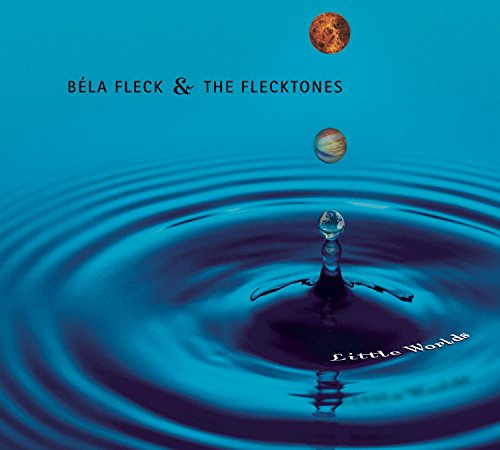 This three-disc project puts Béla Fleck's music in a new light. His formidable blend of Americana and jazz is integrated with new sounds brought in by guest artists and their eclectic backgrounds. The banjo virtuoso, his multi-faceted woodwind partner, his profound bassist, and his rhythmic sidekick weave modern jazz around the flagpole with delicate airs and a variety of colors. No particular theme weighs the sessions down: cultures from all over the world are tied to Fleck's creative dreams.

From Bill Monroe and bluegrass, around the world and back to Harlem Nocturne, the Flecktones combine jazz with traditional Celtic melodies, ancient, Bach-like cascades, square dance do-si-dos, and urban American nightlife theme music.

The program features a rap version of the "Ballad of Jed Clampett" by Divinity, with the same, simplistic lyrics that we usually ignored on television, and featuring Bobby McFerrin's vocal talents alongside. Branford Marsalis lends his soprano to "Sherpa," a dreamy sequence with mainstream jazz landscapes and cool melodies. He later duets with Jeff Coffin in another dreamy affair that adds a "film noir" scene to the program's array of images.

McFerrin and Fleck duo for "What It Is," with vivid reflections of the roots of American music. Both masters of their art, the two take you back several hundred years to colonists and frontier pioneers and settlers and Saturday night socials. Chris Thile adds a Spanish majesty to Fleck's Iberian tale, "Costa Brava," which includes strong feelings that recall bullfights, kings, and soldiers. Little Worlds counts many such pockets of civilization among its themes, taking the project off on a highly recommended adventure through time and places.

Audio samples and more are available at the band’s web site .

Bil Mon; Ballad of Jed Clampett; Puffy; New Math; Longitude; Latitude; Centrifuge; Off the Top (The Gravity Wheel); Off the Top (Line Dance); The Fjords of Oslo; Sherpa; What It Is; The Leaning Tower; Mudslingers of the Milky Way; Captive Delusions; Costa Brava; Poindexter; Prequel; Return of the Mudslingers; The Cave; Next; Pineapple Heart; Snatchin