Johnny Cash: The Life and Legacy of the Man in Black

By NENAD GEORGIEVSKI
October 27, 2018
Sign in to view read count 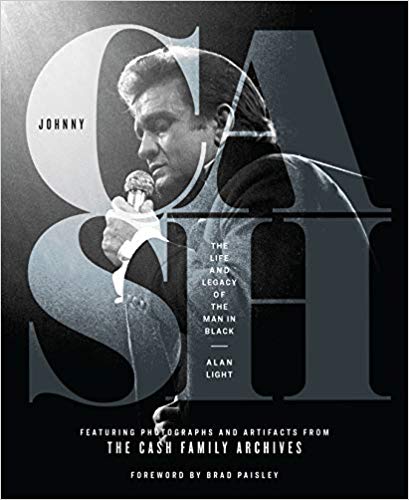 In recent years, there hasn't been a shortage of books and documentaries on the subject of late singer and songwriter Johnny Cash. During his lifetime, Cash himself wrote two autobiographies and his wife and children wrote their memoirs and there are plenty of books that have explored his legacy. Since his death in 2003, his already legendary stature has turned into a mythic status. Undoubtedly, Cash is one of the most resonant figures in popular music in general and not just the genre he is most identified with—country music. He is an icon and the interest about his life and legacy doesn't seem will wane anytime soon.

Cash was a complex and innovative artist who refused to walk the line and these are some of the reasons why so very many people were drawn to him, and why he is still remembered. During his illustrious career, he survived all kinds of tribulations, from drug addictions to road accidents, death threats, imprisonment and heart surgeries. From 1954 until 2003, he released 96 albums and 153 singles for various labels. These songs told stories about the trials of the blue-collar working man, the downtrodden, the rural poor, the unlucky, the abused, the loners, the jailbirds, the alcoholics and murderers. He also wrote songs about his faith, about the heartland and his songs were actually the closest to social commentaries. Over the several decades he was active, he casted himself in several roles that people still identify him with—The Man in Black, the drifting cowboy or the perpetual loner. And his deep voice brought a conviction to every song he sang.

Renowned writer and journalist Alan Light's biography maps out Johnny Cash's life and explores his unparalleled musicianship through new research that is based on mostly unpublished material from the Cash family archives and from various other sources. The book is enhanced by the inclusion of handwritten notes, lyric sheets, photographs, documents that help bolster the great narrative arc this book has. Light sets up this immersive story in rural Arkansas and provides a portrait of the singer's background, his upbringing, and various points and details from his illustrious and lengthy professional musical career, the ups and downs, the spectacular comeback in the '90s, and his post-life musical career or his legacy which are outlined in this beautifully illustrated book. Johnny Cash was not an overnight success, but from the moment he began pushing toward a musical career he moved only forward. Light's book doesn't challenge the consensus that Johnny Cash had wrestled with personal demons but it emphasizes his musical achievements, his advocacy for social justice as the champion of the underdog, his love for his family and his religious beliefs which have made his presence as a human being significant.

This book is an admirable work of loving and careful research and Light handles facts efficiently. He is a remarkable scholar whose understanding of American music history runs deep. Johnny Cash continues to have a strong influence on music today, despite his passing 15 years ago. His story continues because his music still lives among the people.