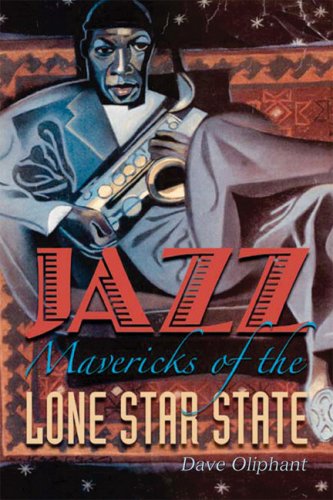 In Jazz Mavericks Of The Lone Star State, Dave Oliphant writes about the many great jazz musicians who were born in Texas. Guitarists Charlie Christian and Eddie Durham, reedman Jimmy Giuffre, trumpeter Kenny Dorham and saxophonist Ornette Coleman—these are just a handful of those who have made important contributions to jazz, but who had to go elsewhere to make their name in the music. Oliphant admits he can't determine the reason why Texas has been the birthplace of so many outstanding musicians. Be that as it may, the musicians he writes about should provide interesting material, in which several careers, in different styles of jazz, are examined.

Unfortunately, Oliphant never really delivers on that promise. He begins with an overview of the musicians from Texas that reads more like a laundry list of notable associates and recordings. At times he seems to be needlessly reiterating how important Texans are to jazz, which should be obvious just from the names. At other moments he is covering standard jazz scholarship in narrow ways: a chapter on jazz and verse merely looks at the poetry and prose dealing with musicians from Texas. Other sections, such as the one that points out the link between Wisconsin jazz musicians and Texas jazz musicians, are downright puzzling: they offer no new insights, and the conclusion seems to be that such relationships between locations are arbitrary.

Perhaps part of the problem is that Jazz Mavericks is a collection of essays published elsewhere, and thus some may have made sense in the context in which they were first published. Also, there tends to be quite a bit of overlap between pieces, since Oliphant has his favorite players who he likes to champion (if you're into Kenny Dorham, for instance, you'll certainly get your fill.)

Written in prose as dry as a Texas summer, Oliphant unintentionally undercuts the point of the book. At the beginning you are forced to marvel at how many jazz musicians did come from Texas. By the end, though, you realize that many of them made their names in other cities and that those places may have really determined their fate. Perhaps interstate travel is the real hero. Oliphant definitely has a passion for the state of Texas, but most of the people he champions are established masters not because of where they came from, but where they headed.