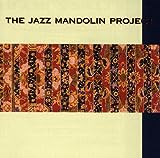 I must admit that, when I first received this album, I thought to myself, "Jazz Mandolin?! WHAT?!" That they were from the "very exciting Burlington, VT music scene" made me all the more querulous. If The Project is any indication, however, I may be on my way to Burlington very soon, for when I eventually relented and listened to the album, I was pleasantly surprised! This was not the solo to "Maggie May" or even the backing basis of "Mandolin Wind" (from which many come to know and consider the mandolin as a popular instrument). It was something exciting and different! I was on the cusp of a new musical way! Jamie Masefield was a pioneer and I was to bring him to the world! Ha-Ha!

The album opens with the upbeat "Eleanor Rigby"-laced opening track, "The Country Open," featuring deep, throbbing bass lines by Stacey Starkweather. Next, comes the Jazzy "Monkey Blake," which is driven by Gabriel Jarrett’s "percussives." "Mandoneon" cascades from a Venetian head into a more Iberian/Latin American body with a few light down-home country strains wafting through the middle. Despite a long, repetitive break which hearkens to the conclusion, it is an interesting and enjoyable track. Together with the tribal opening for "Nozani Na," "Mandoneon" demonstrates the group’s international flair and understanding of worldly music. "Ballad For Trio" is a dreamy, light sleepwalk which contrasts well with the swirling solo-sprinkled funk-jazz set "The Gourd" and the peppy "Milestones in the Sunshine," which features a Vaudevillian, mandolin-as-ukulele opening and hints of Sondheim’s "Maria."

Though "Lithograph" may be well-titled as a slightly-askew and hurriedly-ended replica of another piece, "The Opera" is similarly well-named in its lyrical mixture of various styles of music and musical interaction.

Throughout the album, Masefield’s techniques range from gentle picking patterns to full strumming. Starkweather and Jarrett are likewise able to competently change from subtle backing to driving accompaniment. Of special note is Starkweather’s occasional use of effect pedals and Mellotron to shape and transform his otherwise solid and straight-ahead bass sound. Though Masefield’s clean, sharp fret work may sound like Metheny-esque guitar, and though his international flair may remind one of such popular stars as Paul Simon, has has a refreshing brightness which sets his sound apart. It is this difference which makes this album so exciting and original. It is this sound which woke my ears and my mind up to the idea of the mandolin as a vibrant and legitimate participant in popular music. Though some of the pieces may not be considered "jazz" (despite the wide range of the genre), the entire album is undeniably catchy and fresh.