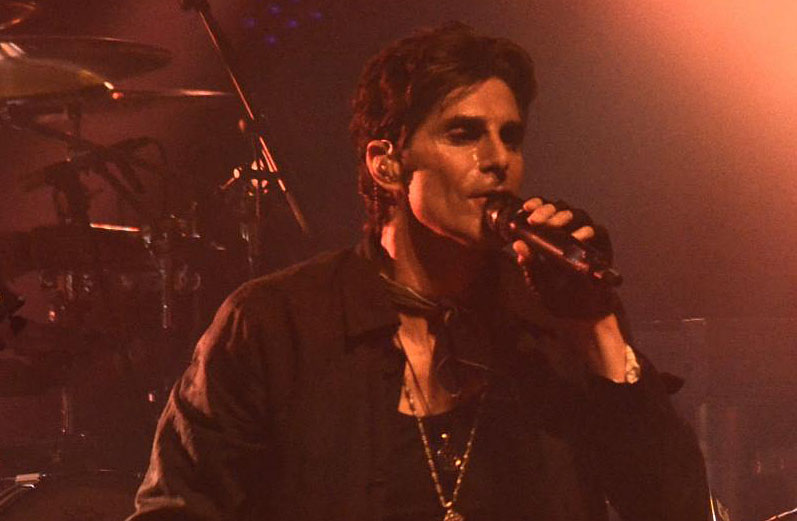 By MIKE PERCIACCANTE
November 5, 2011
Sign in to view read count
Jane's Addiction
Irving Plaza
New York, New York
October 18, 2011
Jane's Addiction, in this latest incarnation, features vocalist Perry Farrell, guitarist extraordinaire Dave Navarro, drummer Stephen Perkins, and Chris Chaney in place of original bassist Eric Avery. The enthusiastic crowd crammed shoulder-to-shoulder inside the small, hazy New York City club seemed to have only one thing on its mind —getting closer to the stage. Some did. Some didn't. Some even managed to surf the crowd.
The band hit the stage at 10:20 pm and things got rolling with the slowly swirly rhythms of "Up the Beach." Farrell—clad in a black windbreaker, black tank top, black gloves and tight black jeans—and the shirtless Navarro both looked and sounded happy, healthy and at the top of their game. Their set was tight and rocking; the sound was exactly right—a mixture of psychedelia, hard rock, prog rock, The Rolling Stones rhythms, Led Zeppelin riffs and Velvet Underground lyrical content, within an alternative rock milieu. The majority of the songs were drawn from Nothing's Shocking (Warner Bros, 1988) and Ritual de lo Habitual (Warner Bros, 1990), with the band rolling through "Whores," "Ted, Just Admit It," a muscular version of "Been Caught Stealing," the moody "Then She Did," "Mountain Song" and a fantastic version of "Three Days." 2003's Strays (Capitol) was represented by a fantastic version of "Just Because," while the group also performed "End To The Lies," "Irresistible Force" and "Underground" from The Great Escape Artist (Capital, 2011), which had been released earlier that day. 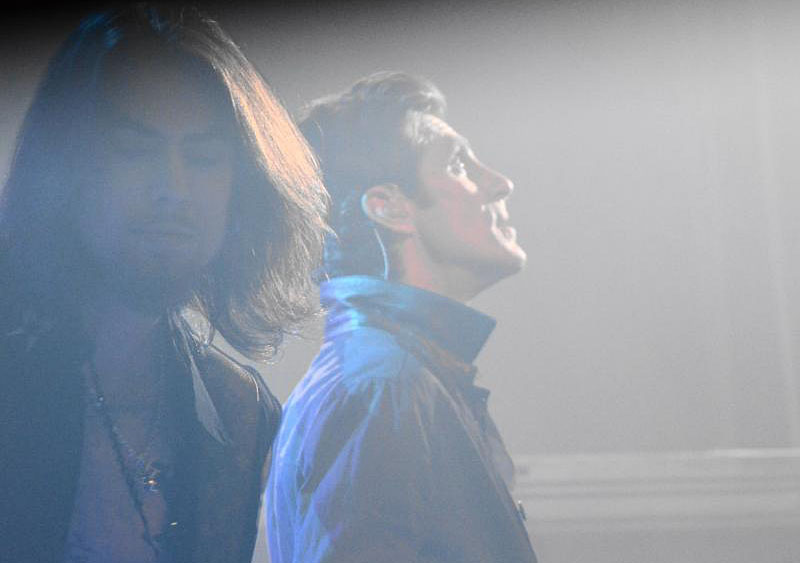 
Between-song banter was kept to a minimum, however Farrell got a rise out of the male audience members when he referred to one of the backup dancers, who spent the majority of the show lurking in the background on a raised platform in various states of undress. Farrell expounded, "Doesn't she have a great ass? I just love a great ass. Don't you?" In response, the male audience members erupted with a huge round of applause and cheers.

The band clearly was in the zone—Farrell's unique vocals were perfectly balanced by the wailing leads and riffs of Navarro's guitar and the sturdy, relentless rhythm section provided by Chaney's bass and Perkins' backbeat. The set was high energy and exhilarating, and the audience was obviously feeding off the electricity emanating from the stage. By throwing a bit of a change-up and taking it down a notch, Jane's Addiction ended the night on a high note with two tracks from its self-titled 1987 debut on Triple X, both featuring Navarro on acoustic guitar: the cover of The Rolling Stones' "Sympathy For The Devil" and the sing-along, steel drum-enhanced, "Jane Says."

The fiery performances were enhanced by a synchronized light show (lasers, strobes, simulated pyrotechnics), and the small venue's excellent sound. Each note was crystal clear; every word said and lyric sung by Farrell soared above the mix. As the group exited the stage, one young audience member exclaimed that this was the "show I've waited for my whole life." It was a magical evening.