By BRUCE LINDSAY
January 3, 2011
Sign in to view read count 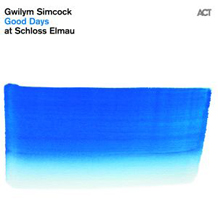 The world of jazz is currently enjoying a surfeit of great piano players, and the ACT label is home to some of the most innovative: musicians such as Michael Wollny of [em], Yaron Herman and Danilo Rea. Gwilym Simcock is the latest addition to the ACT roster with his solo Good Days At Schloss Elmau, a beautifully creative collection of original compositions that further establishes the Welshman as one of the most inventive pianists in jazz.

Simcock trained as a classical pianist, turning to jazz at 15. He is still just 29 years old, but is already a major force on the British scene with awards such as the 2007 Parliamentary Jazz Award for Jazz Musician of the Year. His extensive discography includes two previous albums as leader—Perception (Basho Records, 2007) and Blues Vignette (Basho Records, 2009). An intelligent and thoughtful player, he is already being cited as an influence and mentor by younger musicians such as saxophonist and composer Trish Clowes.

Simcock is not only a talented player, he is also a consistently imaginative composer. His playing and his writing encompass a wide range of styles and approaches: he creates some superbly rhythmic pieces and some beautifully ethereal sounds. The meandering, dreamlike and cinematic "Can We Still Be Friends?" is, perhaps, the epitomé of this latter aspect of Simcock's style. "Plain Song" is delicately sparse, as its title suggests, but Simcock adds lovely cascades of lightly sparkling notes. These cascades reappear on "Elmau Tage," which closes the album; a peaceful and reflective piece which appears to signal the end of the day.

Elsewhere, it's Simcock's command of rhythm that springs forth. "These are the Good Days" shows this side of Simcock's approach right from the start, an immediately accessible tune built around powerfully funky bass riffs. On "Northern Smiles" the rhythm becomes jagged and edgy: Simcock's playing is more percussive and at times extremely hard-hitting. "Wake Up Call" also has an edginess to its rhythm, but Simcock is a little more playful, the complex flurries of notes suggesting that the call is more urgent than the usual morning alarm.

Good Days At Schloss Elmau was recorded, like Rea's A Tribute To Fabrizio De André (ACT, 2010), at the "cultural hideaway" of Schloss Elmau, in the Bavarian Alps. The sound quality is exceptional, registering every nuance of Simcock's playing. In keeping with ACT's fine tradition, the album boasts a strikingly effective cover image—although the '50s Matinee Idol photo of Simcock on the inside is oddly anachronistic. But minor quibbles about one photograph don't detract from a simple fact: Good Days At Schloss Elmau is a lovely recording, with many moments of dazzling beauty.

These are the Good Days; Mezzotint; Gripper; Plain Song; Northern Smiles; Can We Still Be Friends?; Wake Up Call; Elmau Tage.