By JAKOB BAEKGAARD
July 1, 2014
Sign in to view read count 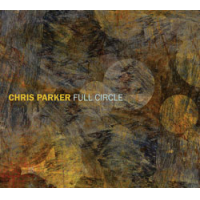 Pianist Chris Parker is a musical explorer. He has travelled around the world musically and as his latest album Full Circle indicates, he has reached his destination and found an aesthetic where all the different aspects of his musical curiosity come together.

While Parker travels a lot musically, he doesn't visit the melancholy North on this album, even though he is definitely capable of writing reflective ballad-like compositions like "Free" and "First Light."

Instead, the focus on the album is the vibrant rhythms of Latin America, with a strong touch of swing, blues and funk, not least courtesy of bassist Tony Marino, who changes effortlessly between acoustic and electric bass and provides tasty slap bass playing on "Stages" where saxophonist John Nastos also takes it away as a David Sanborn on fire. Another key-player is violinist Robert Thomas Jr. It is relatively rare to find a violinist in a jazz context, but here it really works and Thomas brings out the folk-like elements of the compositions. He swings convincingly, but he also gets down with the blues on "Emmy's Shuffle."

It' s no surprise that the players in Parker's band are capable of playing multiple genres. His compositions show an encyclopedic knowledge of rhythms ranging from tango to blues, but they never become dry academic exercises. This is music filled with life and rhythm. A true melting pot worth checking out.

Full Circle; Step One; Left At Bingen; Stages; Free; Emmy's Shuffle; The Ride; First Light; Like I Was Saying; Up Front.