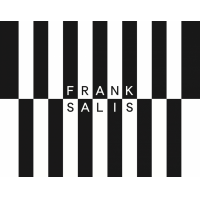 Swiss organist Frank Salis (until recently he has called his working trio "Frank Salis H3O") plays the blues like he's been doing it since childhood—because he has. As a young prodigy (he taught himself how to play the piano at age eight) he was exposed to blues piano early on, and decided that was what he wanted to do. At age 20 he began studying jazz, finding his second musical love when exposed to the Hammond organ for the first time.

He composed everything on this self-titled album (with the exception of one collaborative track) with heavy doses of blues and New Orleans-style funk. "Papa Legba" opens the set with a bang, drummer Marc-Olivier Savoy's heavy tom-tom introduction joined by the organ and tenor saxophonist Marco Nevano in full cry, announcing the energy level of the session. "CC's Groove" opens with a funky organ groove, joined by second line drumming for the organ solo (utilizing some spooky sounding organ stops). "Do Like Sco" has another funky New Orleans-style feel, with Salis adding some cuica (a Brazilian friction drum with a characteristic vocal sound). After an electrifying solo by guest saxophonist Max Pizio the piece shifts into a Latin groove.

"Relax" is true to its title, a slow blues to bring down the energy level. "XXX" has the tone of a pornographic title, but reminiscent more of a private eye film theme. "L'Île Du Plaisir" features a variety of Salis' Brazilian percussion instruments (including cuica again, as well as a samba whistle) in call and response during the theme—it is clearly not an afterthought added for tonal color, but an integral part of the composition. "Macullo's Groove" (the sole collectively composed track) comes courtesy of guitarist Daniel Macullo, sounding like he was fresh from a Meters recording session. He also plays an incendiary guitar solo to bring the track to a close. The descriptively titled "5/8" is the final track. The feeling of "five" is really driven home by the repeated vamp that builds to the big ending.

More compact than Salis' live performances with his H3O trio, these tracks are a high-energy calling card for his music. Fans of funky organ jazz should give it a listen.