By DOUG COLLETTE
October 12, 2018
Sign in to view read count
Jazz Journal is a regular column consisting of pithy takes on recent jazz releases of note as well as spotlights on those titles in the genre that might otherwise go unnoticed under the cultural radar. 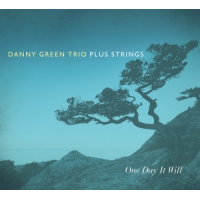 In a practical execution of the action foreshadowed in its title, restrained use of orchestration on One Day It Will makes this album work. Hardly awash in strings, the pianist and his trio's pithy musicianship is instead accentuated with its lush surroundings, so much so that, while their improvisations might sound hemmed in, the lavish arrangements spur them on. In turn, no matter the length or tone of tracks such as "Time Lapse to Fall," "November Reveries" or "Snowy Day In Boston," the strings directly reflect the compositions as well as the core musicianship: it's every bit a unified seven piece ensemble. And in further evidence of the care taken in forging this creative fusion of both the trio and the string quartet, Green deserves multiple kudos in his roles as composer, pianist, bandleader and producer: all the efforts he describes in his liner notes coalesce in both concept and execution on this record. 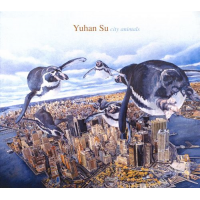 City Animals suggests Yhan Su is ready to ascend to the pantheon of contemporary vibists, that is if she is not already there. After all this, just her second record(!) is a self-produced work featuring all original compositions that highlight not just her distinctive touch on the instrument, but her natural ability to lead a band, here an ensemble with two horns plus rhythm section. All involved express their respective personalities and still complement the whole, but what makes this record's heightened creativity all the more startling is that its ten tracks were recorded in just two days early in 2018 (equally expertly recorded, mixed and mastered to highlight all the instrumental textures in particular the glow of Su's): talk about capturing the moment(s) of inspiration!. Vibe masters Gary Burton, Stefon Harris and Warren Wolf might well be envious of such productivity in full flower and they should be. 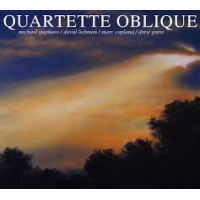 In keeping with their somewhat cryptic moniker, Quartette Oblique reside on the nexus of composition and improvisation. Yet the music the foursome creates renders the distinction moot and all for the better, as this well-practiced foursome apply a loving touch to the intricate instrumental weave that makes it as much of a joy to behold on first hearings as successive ones. Later listenings, in fact, suggest the musicians share an analogous pleasure as they play: restrained as they are on "Nardis," for instance, there's also a palpable air of abandon. Dave Liebman, pianist Marc Copland, bassist Drew Gress and drummer Michael Stephans may be careful not to intrude on each others' space, but none of the four is reticent to offer their own ideas or elaborate on the others,' so the result is a composite of liberating sonic textures that corresponds to the range of colors in the picturesque cover photograph. 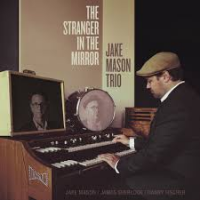 As unassuming as it is potent, the sound and style of Aussie Mason's trio may recall Medeski Martin and Wood (a bit too much) on "The Grain Store" and "Candy Smack," but rather than reveal a copycat mentality, those tracks book-ending this album instead offer a gateway to more distinctive sounds, while also imprinting logic on the record. Of course, the agile presence of guitarist James Sherlock distinguishes the trio more often than just on "Rib Eye," as does the bandleader providing bass via his keyboard, but it's the nimble interactions of those two with drummer Danny Fischer (and saxophonist Paul Fischer when he appears as on that aforementioned track) that render this record such a lively listening experience: "Smile Awhile" is as soulful and sweet, while "People Two & One" is softly provocative, full evidence of the range of durable nuance here. 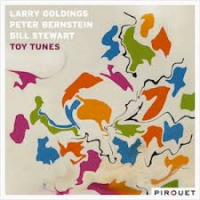 As rare as it is for an ensemble to exhibit equal ingenuity in every quarter, it's even more unusual the humility ascends to a comparable level, but that's what's in play with keyboardist Larry Goldings, guitarist Peter Bernstein and drummer Bill Stewart. A dozen previous such collaborations have only honed the natural empathy between the keyboardist, drummer and guitarist, so whether it's originals like this ode to a Steely Dan-man, "Fagen," or covering the challenging likes of Wayne Shorter's "Toy Tune," the threesome make it all sound. Perhaps it's the nonchalance in the musicianship that is most distinctive here: the three respective personalities expand without impinging on the others or overshadowing the daring they manifest in navigating Carla Bley's "And Now The Queen:" it's fascinating listening all around, no matter who's playing upfront, in support or composing.

One Day It Will

Tracks: Time Lapse To Fall; As The Parrot Flies; One Day It Will; View From The Sky; Lemon Avenue; November Reveries; Sifting Through The Silence; October Ballad; Snowy Day In Boston; Down And Out

Tracks: Nardis; Vertigo; You The Night and The Music; In A Sentimental Mood; All blues; Vesper; So What.

Stranger In The Mirror

Tracks: Fagen; Don't Ever Call Me Again; Lullaby For B; I'm In The Mood For Love; And Now The Queen; Toy Tune; Calm; Maybe.