By GENO THACKARA
August 4, 2017
Sign in to view read count 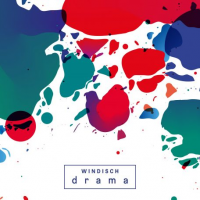 When asked for "one word to describe your album," Julius Windisch settles on drama—which is indeed accurate, if not necessarily in the most obvious way. The pianist's eponymous quintet has its own feel for excitement, but it's a subtle variety without any hint of pomp or bombast. (Another illustrative tidbit: for the followup question of "one word to describe your music," his answer is simply music.)

The pieces that comprise the band's debut (all penned by the leader) don't sink to being overt or emotive; instead they're built around smart frameworks that allow an unpredictable push and pull between the instruments throughout. "Swing" arguably shows it the most by alternating easy 4/4 solos with spiky off-metered piano chords practically designed to confound any attempts at toe-tapping. Regardless of whether Windisch is breezily coasting or perversely making things tricky, the dual-horn frontline take both equally in stride. The stop-and-start approach is common elsewhere (see the gradual lope-into-frenzy through "Orientierungslosigkeit" or the viscerally propulsive "Nein Danke"), but even when the players may be meshing different time patterns, there's usually little difficulty in finding a pattern to follow in there somewhere.

The leader's staggered block chords pair particularly well with Philipp Leibundgut's jittery clattering behind the drum kit. All the same, it's hard to pick out any individual as a standout. The group's egalitarian symmetry makes one key factor in what Drama aims to accomplish; we occasionally find most or all of them wailing away seemingly with abandon when the music builds, but they fly together without getting crowded enough to step on each other's figurative toes. When the moment calls for empty space, they have no problem winding down to a crawl instead. There's no good way to classify any of it, but that's precisely the point—jazz's familiar forms may serve as guideposts, but Windisch and crew are already looking past them into semi-abstract territory that doesn't really have a name or a map.