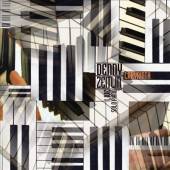 Pianist Denny Zeitlin recorded a handful of fine albums for Columbia Records in the mid-1960s, forward-leaning trio affairs showcasing his often cerebral but always approachable technique and his superb songwriting. This was at a time when he was studying medicine. He became, and continues to be, a practicing psychiatrist and university professor, so something—jazz would be the expected pick—could easily have taken a back seat. But while Dr. Zeitlin has a great passion for psychiatry, pianist Denny Zeitlin maintains a great love for the creation of music.

Zeitlin's immersion in jazz took a trajectory into electronic music in the 1970s, culminating with the soundtrack for the classic remake of the science fiction movie Invasion of the Bodysnatchers (1978), after which he returned to his acoustic roots, recording more than 20 albums in trio, duo and solo formats for various labels, connecting with MaxJazz Records in 2004 for Slickrock, followed by Solo Voyage (2005), and then for Sunnyside Records he recorded Trio in Concert (2009) and the gorgeous and adventurous solo outing, 2010's Precipice, a live set that was his most inspired and free-flying set on record at that time, revealing an artist refusing to stand still.

Zeitlin returns to the live solo setting with Labyrinth, and the results are even more impressive.

No other jazz pianist veers back and forth over the line between the foundation of a classical musical education and the unfettered joy and playfulness of spontaneous creation better than Zeitlin. The set opens with Wayne Shorter's "Footprints," a deep exploration of the tune that sways from joyously percussive segments to bright, light-stepping delicacy to dark ruminations to beautifully lush harmonics—one surprise after another tethered to a reverence for the distinctive melody.

Zeitlin is a masterful interpreter of the Great American Songbook. On Irving Berlin's "They Say It's Wonderful," he wanders wistfully until the melody emerges with a yearning mood. Richard Rodgers' "People Will Say We're In Love" begins with the soothing subtlety of light raindrops plinking into a pond, the drops then gelling into the melody, followed by the deconstruction of the tune with tempo and mood changes and unrelenting beauty. Arthur Schwartz's "Dancing In The Dark" begins with the melody played straight before Zeitlin goes into his cerebral free play mode to explore all possible permutations of the tune.

Zeitlin penned the title tune in the 1960s. It is the set's freest piece, a labyrinthine 10 minutes of sound, full of mystery and sharp turns and unexpected angles, obstacles and sudden openings. "Brazilian Street Dance," another Zeitlin original, has a festive and celebratory mood, Zeitlin sounding impossibly virtuosic and complexly rollicking.

Zeitlin is one of saxophonist John Coltrane's finest interpreters. His take on Coltrane's "Lady Bird" is a zestful warp speed romp that doesn't fly far from the original melody line, while his cover of trumpeter Tom Harrell's "Sail Away" is more restrained, flowing smoothly into a bossa nova groove inside the engaging melody.

In his seventh decade now, Zeitlin has achieved the "venerable" status; but he isn't resting on his considerable achievements. Labyrinth offers up the best music of his career.

Tracks: Footprints; Sail Away; They Say It's Wonderful; Lazy Bird; As Long As There's Music; Labyrinth; People Will Say We're In Love; Brazilian Street Dance; Dancing In The Dark; Slipstream.