By EYAL HAREUVENI
December 8, 2005
Sign in to view read count 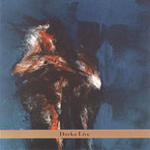 The quotes of Jewish wisdom (or mundane stupidity) that appear as part of the liner notes for Tzadik's Radical Jewish Culture series rarely have any connection to the fine music that Tzadik has to offer. However, the quote from writer and commentator Henry Louis Mencken, dated more than one hundred years ago, really gives an insight into the music of the Bay Area neo-klezmer band Davka: "the bull-fiddle players were solemn men who played the notes set before them, however difficult, in a dogged and uncomplaining manner. The cellists were also reliable fellows, but in the viola section, one began to encounters boozers, communists, and even spiritualists."

I can not testify about Davka's experiences with spirits or politics, but this quartet has already opened a new spirited road of klezmer music. Davka has always chosen off-track and imaginative venues to express its music. It opts for a chamber ensemble instrumentation—violin, cello and bassoon, augmented with the Persian percussion instrument, the zarb; the rhythms lean towards the Middle East; most of the compositions are original; the interplay between its members suggest the improvisational sensibility of a jazz band, and their music is performed with deep knowledge and respect for tradition. All these characteristics turn Davka Live into the best release to date from this quartet.

Davka Live was recorded in a series of concerts during 2003 and 2004 in California, and all the tracks except two are new. The founders—violinist Daniel Hoffman and cellist Moses Sedler—are still going strong, matched by bassoon player Paul Hanson and percussionist Kevin Mummey, who joined Davka while recording Hoffman's original score for the 1920 German expressionist film Der Golem (The Golem, Tzadik, 2003).

Sedler's "MNT II" illustrates the beautiful musical salad that Davka serves up. Sedler leads the music with what sounds like an old-time crying East-European melody, while Hanson and Mummey offer a solid contemporary rhythmic accompaniment. But then Hoffman's solo transforms this melody into an uplifting Middle-Eastern thing, and the following solo by Hanson brings the melody back into a moody, klezmerish finale. "Darka," from Davka's self-titled debut and out-of-print release, Davka (Interworld, 1994), is a passionate showcase for all the band members' virtuosity, and on the humoristic "Yo Semite" (from Judith, Tzadik, 1999), Hoffman quotes funky lines on the violin, through a march-like percussion. "Horafived" and "Kinda Vulgar Bulgar" offer an opportunity to check the fresh interpretations of these old dance melodies.