Charles Lloyd & The Marvels with Lucinda Williams at UMS 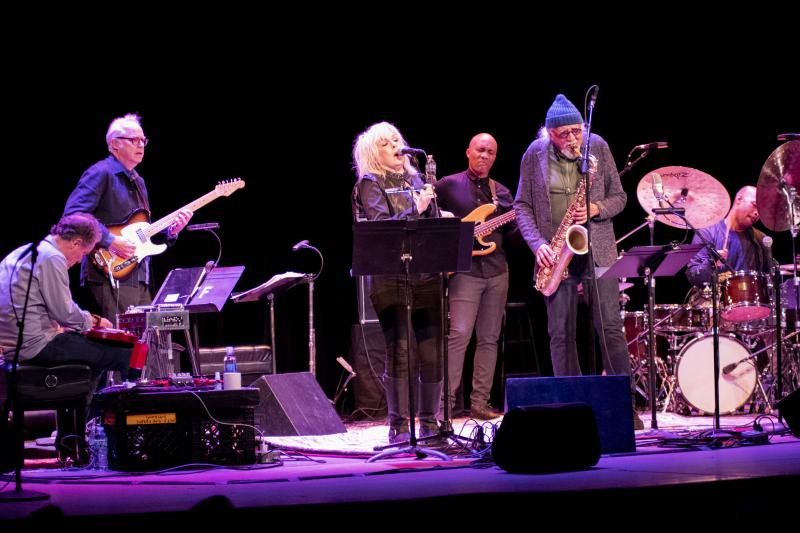 Memphis native Charles Lloyd has seen a lot in his eighty years on the planet. His own musical voyage is the stuff of legend and envy. Not many peers of his generation have been blessed with the kind of longevity and popularity that has come with Lloyd's undertakings. As this writer noted on this site as far back as 2000, Lloyd has played a part in the multifaceted history of the music, from the time of "love-ins" and tie-dyed shirts to today's current jazz renaissance.

Lloyd's latest musical adventures find him exploring the Americana movement in tandem with singer and songwriter Lucinda Williams. These two kindred spirits have much in common and Williams' hometown of Lake Charles, Louisiana is even mentioned in one of the most iconic pieces of the movement, The Band's "Up on Cripple Creek." The pair's southern roots being an obvious attraction, Lloyd and Williams were introduced to each other via guitarists Bill Frisell and Greg Leisz, both members of Lloyd's current ensemble billed as The Marvels.

In his third appearance as part of the jazz series of the University Musical Society, Lloyd recently presented his most eclectic mix of styles and sounds. Joining Lloyd, Frisell, and Leisz were longtime associates Reuben Rogers on bass and drummer Eric Harland. The quintet would play for about an hour sans Williams and their trajectory followed many paths to musical bliss. The opening "Defiant" hit a down home groove with Leisz's pedal steel guitar contributing greatly to the overall character of the music, even if it meant at times that Frisell's voice took the proverbial back seat.

ADVERTISEMENT
An up tempo swinger, "No Blues" pulled out all the stops with Rogers' electric bass taking center stage at one point for an extended stay. Harland also turned the pots on for his own incendiary solo, slowly building in intensity over the course of its development. By contrast, "Anthem" shuffled along with an eight-note feel that was accented by Harland's snare hits on every third beat. Frisell's organic wash was heard at best advantage in his solo based largely on chordal passages.

Leisz's pedal steel changed up the mood by recalling a sitar on the Middle Eastern-sounding "Dorotea's Studio." Lloyd's expressive flute danced around the melody in buoyant fashion. At one point, the ensemble managed to stir up quite the musical frenzy with Lloyd picking up a shaker to add further to the rhythmic textures. As a cousin to his "Forrest Flower," "Tagore on the Delta" boasted a straight eighth head with a contrasting swing bridge all in the service of that Spanish tinge. It was a fitting conclusion to the first set.

With Williams taking the stage, Lloyd would musically saddle up next to the singer for her every move. A handful of songs, mostly penned by Williams, would speak in largely hushed tones. It made one consider why Lloyd hadn't previously worked with other singers. His obbligatos were tailor-made for the occasion. Highlights of this second set were the sprightly "Joy" and the deeply moving "Dust."

"A Place in My Heart" served as an encore, the boisterous crowd demanding nothing less than an additional performance and bows. While not possibly everyone's cup of tea, the pairing of Williams and Lloyd was none the less engaging and the opening set was as good as any of the more recent Lloyd performances seen by this reviewer. He just simply seems to get better with age.