BY JOHN EYLES
May 10, 2015
Sign in to view read count
In November 2014, saxophonist John Butcher celebrated his sixtieth birthday over two evenings at Cafe Oto, London, in the company of musicians including Gino Robair, Tony Buck, Annette Krebs, Anthea Caddy, Magda Mayas, Dieb13, Olie Brice, Guillaume Viltard, Adam Bohman and Ute Kanngiesser, with Butcher playing both solo and in various small groupings. At those gigs, he demonstrated all the attributes that have made him one of the most adventurous and intriguing saxophonists of the past few decades and showed that the arrival of his seventh decade was not going to change that.

Since then, Butcher has re-emphasised those points. As his website indicates, he continues to be much in demand for concerts in Britain, across Europe and beyond, both solo and in the many ensembles of which he is a member. In January 2015, he was one of the musicians featured with the London Sinfonietta in a series of concerts as part of Christian Marclay's exhibition at the White Cube gallery, Bermondsey, London. As with the other artists (including Mark Sanders, Steve Beresford, Okkyung Lee and Thurston Moore), the results were recorded, pressed onto vinyl as part of the exhibition and sold as a limited edition with screen-printed sleeves designed by Marclay. That recording has been part of a recent flurry of releases that have featured Butcher in an impressive variety of settings, of which the three below are just a selection... 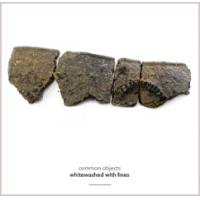 Common Objects is the quartet of Butcher with Rhodri Davies on harp, Angharad Davies on violin and Lee Patterson on amplified processes & objects. The group made their recorded debut (minus Angharad) with Live at Morden Tower (Mikroton, 2013). For the double CD Whitewashed with Lines all four members are present. Each disc consists of an extended piece recorded in concert, the first at The Mining Institute, Newcastle upon Tyne, in March 2014, the second at Tunstall Chapel, University College, Durham, in May 2013. The pieces are substantial, having durations of fifty-seven and forty-four minutes, respectively.

The first, "Cup and Ring," uses a graphic score by Rhodri Davies inspired by his interest in the Neolithic cup and ring marked stones found in the north-east of England. Of his score, Davies says, "When I saw cup and ring marked stones for the first time I thought they would make excellent material for a graphic score. The fact that so many interpretations of their function and meaning exist, and that a definitive reading of their significance still remains unknown, make them excellent inspiration for an open score."

Although we do not get to see the actual score of "Cup and Ring," on the aural evidence it is successful at giving structure and direction to the quartet's playing, meaning that they do not get in each other's way, drift or work at cross purposes. It allows them to sound exactly as they should—four players who are comfortable together, who know and trust each other. Their four parts fit together easily and create an integrated whole which evolves steadily across its duration, successfully conveying the mystery and magic of its subject matter. Butcher is an integral part of the group, but there are plenty of passages in which he is in the spotlight, most remarkably a prolonged feedback saxophone section, its tone as haunting as ever. Throughout, Patterson provides sympathetic support, with his framing for the saxophone being so effective that a Butcher-Patterson duo is a tantalising prospect...

In contrast, the second piece, "Repose and Vertigo," is a group improvisation, with slight changes to the instrumentation. Its soundscape feels fuller and more intense than that of "Cup and Ring," making an interesting contrast with it. In other respects, it is comparable and of the two it would be difficult to spot which was a composition and which improvised. As a double CD, Whitewashed with Lines works well, presenting two different aspects of Common Objects and, hence, emphasising the group's strengths. Each disc is an intense listening experience, so the two are probably best experienced separately rather than at one sitting. 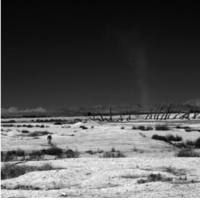 One of the keys to Butcher's success as an improviser is the length of time that his collaborations have persisted and the consequent knowledge that he and his improvising colleagues have of each other. While he does have longer surviving collaborations—Chris Burn and John Russell spring to mind—Butcher's association with Gino Robair dates back nearly as far as the one with Rhodri Davies, both having begun in 1997 and been recorded by 2000. In addition, both exist as duos as well as in a trio, quartet or larger grouping. [Incidentally, the John Butcher-Rhodri Davies duo album Routing Lynn (Ftarri, 2014) features another Davies composition inspired by cup and ring stones.]

Robair is comparable to Butcher for his sense of innovation and exploration, as indicated by his credit for "energised surfaces" instead of "drums and percussion." In concert, spectators are impressed but sometimes puzzled by the means Robair adopts to energise the surfaces of his instruments, the puzzlement arising when he appears not to be playing because he is employing mechanical means of vibration, such reactions mirroring those that Butcher's own feedback playing can occasionally evoke when he is making sound without blowing into his horn.

Bottle Breaking Heart Leap is a limited edition vinyl album consisting of two tracks recorded live in May 2012 by Simon Reynell at Left Bank, St. Margaret of Antioch Church, Leeds. (Reynell sure is a busy bee—as well as the two Another Timbre tracks above, he also recorded that Ftarri track. Phew.). Confusingly the titles of the two tracks "Bottle Heart" and "Breaking Leap" become entangled in the album title—for a duo, symbolic of two becoming as one, maybe? Being vinyl, the album runs for less than thirty-one minutes, but that is never an issue as the pair do not waste a single second and both tracks are chock full of music. Butcher and Robair spur each other on, batting ideas back and forth, doubtless not meaning to rush one another but leaving little or no space for pauses or quiet contemplation. The end results make thrilling listening, as indicated by the audience's enthusiastic applause at the end. In this case, the two tracks are undoubtedly best heard back-to-back. 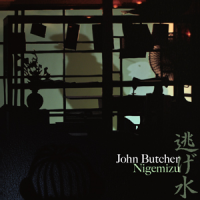 Throughout his career since Thirteen Friendly Numbers (Acta, 1992) Butcher has regularly issued albums of his solo playing but, compared to the amount he plays solo in concert, they have been comparatively rare, with duos and trios being far more common. Nigemizo is his first solo release since Winter Gardens (Kukuruku, 2013) which featured recordings from 2011. Nigemizo consists of three recordings made on a tour of Japan in August 2013, one on tenor saxophone from Shimanouchi Church, Osaka, and two on soprano saxophone from Hall Egg Farm, Fukaya, three days later.

The tenor piece, "Enrai" (means "distant thunder"), opens the album and at twenty-six minutes it is a tour de force. Starting tentatively (but not overly so) with a series of sustained notes, Butcher gradually gathers momentum and becomes more exploratory as he uses bent and fluttering notes. Not straying too far from the horn's lower register, the piece justifies its title as it rumbles along. Through his use of circular breathing, Butcher is able to maintain a seamless barrage of sound that is awesome in its intensity but never forsakes melody for power. The piece never flags or wavers, carrying listeners along with its twists and turns so that each of them feels logical and makes perfect sense.

The two soprano pieces, "Uchimizu" ("sprinkling of water") and "Hamon" ("ripples on the surface of water"), also live up to their titles. Inevitably, because of the change of instrument, they are in a higher register but they also retain the tenor piece's melodic sense, that combination giving them an uplifting sense of lightness.

Of course, with a quartet, a duo and a solo recording under consideration here, the question might arise of which is "best." But, as always with Butcher, it makes no sense to recommend one recording, any more than it makes sense to recommend one tile of a mosaic rather than another. With each release, the vast mosaic that is Butcher's discography becomes richer, more detailed and compelling. Simply essential, so start anywhere...