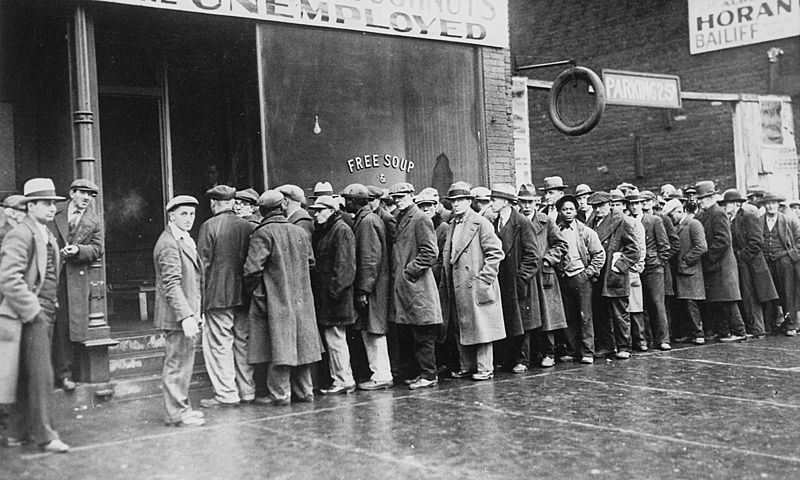 By BILL ANSCHELL
June 17, 2012
Sign in to view read count
Every year, university programs spit out thousands of highly trained jazz musicians sporting hard-earned diplomas and high hopes. But when these graduates hit the first formal rite of jazz passage—a desperate trip to the local pawn shop—they learn that the diploma is literally not worth the paper it's printed on. Entering school, their dream was simple: To perform music they love for attentive audiences in jazz clubs, concert halls, and festivals, and to earn a fair wage for their efforts1. But set loose from the nurturing womb of the campus, they quickly experience the shock of an indifferent and often hostile new reality.

The world doesn't take kindly to jazz artists, and before long these graduates find their ideals displaced by bitter cynicism. At best, one percent of them will eventually realize their dreams, and only after years of paying dues. These are the Chosen Ones, whose success results from a rare combination of often freakish talent, perseverance, good looks, personality, ambition, geography and an ability to skillfully navigate unpredictably changing public tastes.

Why so few Chosen Ones? Simple economics: People who want to play jazz actually outnumber those who enjoy or even tolerate it, let alone pay to hear it. Consequently, in the microscopic jazz economy, there isn't nearly enough to go around, though competition for the crumbs is relentless and sometimes brutal. This simple financial reality underlies virtually all of the infighting, backbiting, and doomsaying that define the jazz condition.

But when the jazz bug bites, it's hard to shake. Of the remaining 99%, the vast majority continues the battle, even in the face of shattered dreams and personal defeat. How do they get by? By compromising their music, their lifestyle, their self-respect, or any combination of the three.

What, then, are the paths to survival? Whether through free choice or fate, hopeless devotion or clinical insanity, jazz musicians eventually sort themselves out into the following subtypes:

Gig Whores are the largest class within the jazz community, and are the easiest to find. They ply their wares in hotel lobbies, restaurants, private parties of all types, and anywhere else that jazz is degraded to an artless commodity and sold to the highest bidder. This is done knowingly and willfully, but not without self-pity; while a Gig Whore may claim to be working "in the trenches," the jazz musician within knows that he's really plumbing untreated musical sewage.

Even outside the jazz arena, jazz Gig Whores, working undercover, populate the music world's ample underbelly: the pianist wearily accompanying a tone-deaf vocalist in a community musical theater production or demonstrating Costco's latest digital keyboard, the bugler announcing post parade at a horse racing track (slyly inserting a Charlie Parker lick disguised as a flourish), the off-camera bassist backing American Idol contestants, the herald trumpeters—dressed in renaissance costumes—serenading department store shoppers at Christmas time, the wedding band leader cajoling guests into a conga line for "Hot, Hot, Hot" (and the six accomplices to his musical crime, barely hiding their disgust and self-loathing), the drummer making "punch-line" sounds for a would-be comedian... Each banking part of his pay to subsidize the day when he might dare to take the jazz plunge, holding his nose with one hand as the other gratefully palms the ample paycheck.

Yet there is room for heroism in the Gig Whore's world. That same pianist might acrobatically shift keys and drop beats in tandem with the vocalist, magically masking her every misstep. The bassist might find mistakes in the vapid Idol charts and fix them on the fly with improvisational prowess. The wedding band members might "fake" the bride's favorite song, a last-minute obscure request they all just happen to know by ear. More often than not, jazz Gig Whores make up in talent what they lack in pride, taste or integrity.

While money motivates the Gig Whore's musical lifestyle, fear motivates his more immediate actions. Gig Whores have an intense phobia of open spaces—on their calendars—which can elicit sudden adrenaline-fueled outbreaks of cold-calls to contractors, restaurateurs and wedding planners. Between calls, they sit by their phones with the desperation of dateless adolescents. They're also terrified of their booking agents, clients and contracts, and compensate by overworking—shortening their breaks and prolonging their sets. You'll often find a Gig Whore (and his unfortunate band) playing in an empty room long after the clients and guests have left, a lone custodian angrily mopping the floor, his iPod unable to fully drown out the tired music emanating from the bandstand.

Advertising in Bridal Magazines
Moving abroad for hotel gigs in exotic countries, only to play the worst in American pop music for drunk American businessmen
Alcoholism

Named after "air plants," which live without need for soil, these are the true heroes of the jazz world. They eat only out of necessity, seemingly nourished by the music they play, including their hours of daily practicing. Most varieties of Epiphytes thrive in subterranean environments, such as dank basement apartments, with little apparent need for sunlight. They move frequently from hovel to hovel after seemingly exhausting the available air that sustains them. Their skin is wan, and they blink uncomfortably in daylight, preferring to wear sunglasses around the clock.

Epiphytes are the trendsetters in the jazz community, admired and emulated by their peers. Their speech is heavily peppered with cutting-edge jazz lingo, and they are often innovators in jazz vocabulary. Although they are the elite class of the working musicians (short of Chosen Ones, who live in a separate musical universe), they are the least likely to reproduce, finding economic advantage in a more streamlined lifestyle. In this sense, an adverse Darwinian effect works against the forward movement of jazz, as natural selection favors gene propagation from the less talented, more whorish players.

Caucasian Epiphytes often live their lives as modern-day extensions of the Beat Generation. African-American Epiphytes are frequently motivated by a mandate to explore and perpetuate the roots of contemporary black culture and identity. Regardless of race, Epiphytes can be highly temperamental, and many are gifted with a special ability to make the other musicians on the bandstand hate one another.

The relationship between Epiphytes and Gig Whores is particularly intriguing: Epiphytes live on the fringes of mainstream society in order to stake their place in jazz music; Gig Whores work on the fringes of the jazz world in order to stake their place in mainstream society. Yet between them is a quiet understanding, a shared realization that there is no perfect solution to the Jazz Problem. Both are driven by a Buddhist sensibility: Epiphytes believe that material objects are impermanent and of no value; Gig Whores embrace the notion that life is suffering.

The clearest path to survival in jazz is simply to have no need for money. And while many jazz artists create their music with little regard for listeners, those who are independently wealthy have the luxury of disregarding their audience entirely. As a general rule, the wealthier the artist, the less accessible his music and the loftier his rhetoric about musical freedom and innovation.

Many of these artists purchase their own concert spaces, where they book themselves, joined by their fellow moneyed, avant peers or by Epiphytes with avant leanings. Although anger is often a central element of their musical aesthetic (inspired, as they are still, by the spirit of 1960s rebellion), in the largest sense, no harm is done.

Their audience consists of the same four to eight people for each concert. Because so few people will pay to hear the music, it is often supported by grants from arts agencies.

Silver Spoons spend their abundant free time thinking about, and writing descriptions of, the deep philosophical underpinnings of their work. These descriptions are then adapted to serve as the narratives of their grant proposals. The grants panelists, who know nothing about jazz, equate the artists' impressive discourse with depth of musicality, and reward them accordingly.

It should be noted that not all independently wealthy artists are drawn to the avant-garde. Some take part in the mainstream jazz arena, where they play out a conflicted relationship with their money. The most callous ones offer to perform in jazz venues for free, undercutting their working peers and driving down the already meager local pay scale. Others carefully pick their spots, accepting only the most flattering gigs, thereby earning an artificially exalted reputation among audiences and the media. And some, uncomfortable with the seeming oxymoron of being a "moneyed jazz artist," live Spartan lifestyles that enable them to "pass" among their less privileged colleagues.

Like Silver Spoons, Career Professionals have no shortage of money; the difference is that they work for it. Although they take their "straight gig" seriously—often earning advanced college degrees and struggling to climb the corporate ladder—they still self-identify primarily as jazz artists. This creates an inevitable disconnect between their day-to-day and stage personae.

In their suburban neighborhoods they're accepted as hard-working citizens, lent an air of the exotic by their occasional late-night jazz gigs. Among their jazz peers, they spin their personal narratives along these lines: By making a living outside the workaday jazz world, they're able to keep their music "unpolluted" by artistically compromising gigs. The reality beneath the spin—that they and/or their spouse simply don't want to forgo the creature comforts that a jazz income can't buy—goes unstated, but is silently understood by all.

Career Professionals have tremendous admiration for Epiphytes, but are reluctant to take the corresponding vow of poverty. On the other hand, they view Gig Whores with outright disdain; ugly cousins who have chosen the musical low road.

The biggest challenge faced by Career Professionals is maintaining their chops. Working nine to five makes it difficult to keep up any sort of practice regimen, and insisting on playing only meaningful gigs minimizes their time on stage. They compensate with intensive bursts of practice before each performance, shutting themselves off from their families and shortening their sleep habits. At the same time, they insist that mere chops are irrelevant to any music of significance, which is, by definition, the only music they play.

Unlike the more highly trained and thoroughly moneyed Career Professionals, Survivalists typically bounce among unskilled jobs, taking them mainly out of desperation as their gigging income falls short. More often than not this sets off a perpetual cycle of gigging, falling into debt, washing dishes or working at a music store to get back ahead, quitting to gig full-time again, then falling back into debt. Few have the wisdom to leave the jazz world altogether; many are trombonists.