Atavistic Records: Down Beats and No Wave

That cross-pollination was on tack every week at the clubs, and what became apparent to me very quickly was that the physicality of the Chicago jazz of that period, standing there and watching it develop, a very physical and athletic kind of music [not unlike punk].

Imagining approaches to music as seemingly incompatible as free improvisation, minimalism, post-punk, noise, jazz and agit-ambient soundscapes brought together under one roof is a difficult proposition. It's uncommon in the music world for a label to have a vision that not only stretches across such boundaries, but is also totally in love with all sorts of sonic expression. In the '60s and '70s, labels like Folkways, ESP-Disk, Futura and Shandar were able to bring together a wide range of work and a label notoriety that brought listeners to the realization that "it's all just music," and Chicago's Atavistic Records is one of a handful of labels following in that tradition.

Kurt Kellison began Atavistic Video in 1985 in Columbus, Ohio to release concert videos of punk and art-rock bands that were actively touring at the time—Sonic Youth, Big Black, Pussy Galore—taking advantage of consumer video production technology that was only just beginning to take off. This underground art-documentarian project was begun by Kurt and his wife Paula basically "with the idea that it would be a home video label," with records not as significant to that initial vision. "What I had always ascribed to was that I love what I love, I listen to what I love, I follow what I love, and what was emerging in the early '80s was the Downtown New York no-wave and post-no-wave scene, and those records on those tiny labels were trickling out and reaching people like me in Ohio."

The duo and the label moved to Chicago in 1988, when Paula began her MFA at the School of the Art Institute of Chicago, and by that time Atavistic had put out a few LPs as well—including the Flaming Lips and guitarist-composer Glenn Branca who—at that juncture and probably still to this day had the most impact on me musically. I happened to get in contact with him; everything he'd done up to that point was out-of-print or all but out-of-print. I couldn't imagine that a guy like that could have any use for what I brought to the table, but it just so happened that it was timely to build our catalog around reissuing his discography." Branca's Ascension, originally issued on 99 Records, "changed [Kellison's] life forever, and after hearing that I looked at everything differently."

In reissuing scarce and virtually unheard titles by no-wave artists and seminal New York post-punk, as well as the improvised music reissues that Atavistic's Unheard Music Series has brought out since 2000, "the gallery-coterist model is something that a lot of artists found desirable and helpful, and it made sense to them. [Therefore,] I was compelled to try and define what I thought the label did for artists. What came to me was that we try to be a home base and provide any sort of support that was required to get their recordings and their ideas into the marketplace."

By the same token, Atavistic's home-base quality doesn't just mean that they put out an initial salvo and let the artist fend for themselves finding labels or representation in the years to come. Rather, Atavistic keeps initial titles in print and tends to cut a broad swath over an artist's oeuvre. "If you want me to put out one record for you and we like the idea, why wouldn't we do everything you need to have done? However, Ken Vandermark is a very classic example of an artist who maximizes his various label affiliations; there are certain recordings directed at Okka Disk, and certain recordings directed to Atavistic. He always makes the right choices."

Vandermark, of course, was Atavistic's entre into the world of contemporary improvised music, and it happened by chance through living in Chicago, which has had a rich history with the AACM, but also a scene around figures like drummer Hal Russell, which had seen very little recognition despite documentation from labels like Nessa. "The music scene was so fertile here and still is, but if you go back to 1995, '96, '97, there was a complete cross-pollination going on. People were playing on each other's projects regardless of what scene they were from." Vandermark, while synonymous with Chicago jazz today, was also working with neo-no-wave groups like the Flying Luttenbachers in the '90s, even making an appearance on the all-star continental drift music of the Boxhead Ensemble, Dutch Harbor. 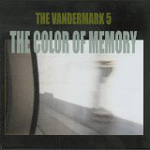 "That cross-pollination was on tack every week at the clubs, and what became apparent to me very quickly was that the physicality of the Chicago jazz of that period, standing there and watching it develop, a very physical and athletic kind of music, had an â??Ëœoomph'" that was not unlike that of the punk artists Atavistic had been concentrating on. Those initial Vandermark Five records issued by Atavistic—weren't presented as jazz records, which is the downfall of a lot of records today—they fit into a genre. I thought—why does a Vandermark Five record have to look like a jazz record, when it's something beyond that's what this quintet is striving for.'" Free jazz with a healthy dose of punk energy (aided by Jeb Bishop's frantic guitar playing) and an infectious swing demanded something as intriguing as a Jasper Johns-inspired cover and massive production skills—this was different music.

Vandermark introduced Kellison to John Corbett, a writer, professor, promoter and collector whose knowledge of European free improvisation is probably second to none. "I instantly liked John; Ken introduced us at the Empty Bottle, and they needed a home base for the recordings of Joe Harriott's music [that Vandermark had been working on]. The label that originally issued them was not happy with the recordings—our relationship was the beginning of the Unheard Music Series." UMS has reached nearly 60 titles in its six years of existence as "a reissue label with a wide-shotgun bandwidth," putting out titles by George Gruntz or Steve Beresford and Terry Day's Alterations, and somehow making it work. The UMS issues of music by Peter Brotzmann and Alexander von Schlippenbach have coincided perfectly with a resurgence in their recording careers, and focusing on these artists at the Empty Bottle Festival in Chicago has solidified their popularity both in the American jazz public and among a younger demographic who, not coincidentally, also grew up on punk and post-punk music. Atavistic might just be the living label for the Living Music.