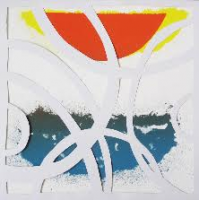 In terms of music, composer Anders Lauge Meldgaard provides an opportunity to hear music once again with the same amazement as an absolute beginner who has just discovered the joy of plucking strings to hear sound vibrations emerge from an instrument. But he does so through a sophisticated poetic prism.

Meldgaard is a child of postmodernism and has an eclectic take on chamber music on his irresistibly titled album At synge verden ind i en ny og mangefoldet tid. The Danish title could be translated as "To sing the world into a new and manifold time." Indeed, the composer sings with many different voices. Using a chamber ensemble with bassoon, violin, viola, flute, piano, cello and harp, he draws on a range of compositional strategies and tropes, especially minimalism, Romantic music, modern composition, improvisation and the influence of electronic music.

The beauty of Meldgaard's music can be found in his use of moderation: it is repetitive, but without the straightjacket of extreme minimalism. It is emotional, but without the pathos of full-blown Romanticism. It is improvisational, but without losing melody and direction. It is through-composed, but without being stiff. And it uses electronic elements tastefully without getting lost in blips and blurps. A close cousin of this music could be Penguin Café Orchestra, but Meldgaard creates his own musical world where playful pizzicato strings mimic raindrops and piano figures as simple as beginner scales are part of a complex and melodic tapestry where the instruments sing with each other. Lasting less than thirty minutes, the album is short, but provides an enchanting musical landscape worth revisiting.

The album is released on the label År & Dag and the stunning vinyl edition features an engraving by the composer and the album cover is cut out in paper with a silkscreen print by visual artist Kasper Lynge Jensen. It is released in 300 hand-assembled copies. It underlines the fact that this is an album that is special in every way.